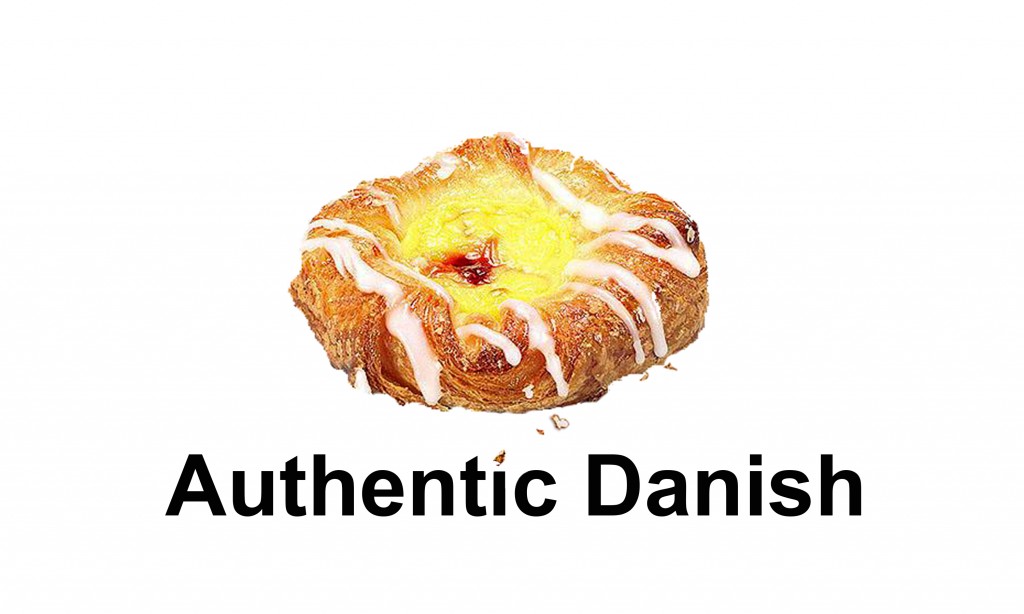 I recently wrote about the misappropriation of the term “passionate about” and how it makes my head spin. Today I’m losing my marbles over the use of “authentic.” Not as in “authentic Latvian folk music” or “authentic Louis Vuitton at discount prices.” No, this authentic refers to a human being’s persona, as in “the candidate is not authentic.” Naturally, I have a theory.

I just saw an ad for an “authentic birth center” in Milwaukee. I believe politicians come into this world across town at a “counterfeit birth center” where they pop out of the cabbage patch as soulless photo ops with teleprompters and pricy hair cuts.

Authentic is an adjective meaning “of undisputed origin; genuine, real, true, veritable, legitimate, lawful, legal, valid.” Unless a human being is a hologram, or from Denmark, how is he or she not authentic? (Seriously. Every study shows Danes are the happiest people on earth. They’re all 6’ 4″, blonde and gorgeous. They live on pastry. Human? Hardly.)

While I could easily rattle off a few dozen people whom I would describe as fakes, I must play by my own rules and should instead say that their breasts, hair, lips, suntans and personalities are artificial, but they are most likely people. (One could argue that if a certain percentage of the body is composed of or covered in petroleum products then said subject is not in fact “real,” but are mannequins with gallbladders and endoskeletons.)

In this election cycle we hear a lot from all camps about the “authenticity” issue. Why can’t we say what it really is—believability (or lack thereof)? When we say a candidate is not authentic we are really saying he or she has not convinced us that what he or she is spouting is in fact what he or she truly believes.

I firmly believe we will never know what politicians really believe because they regurgitate information fed to them by mannequins with endoskeletons called pollsters, who have collected data about what we believe…or do we? I don’t know about you, but I take great joy in answering political questionnaires with my own brand of “authenticity.”

EX: Do you think we should build a big wall between Mexico and the United States?

If enough of us did this, then one day during a debate when Megan Kelly asked the candidates their position on immigration, one of them would launch into a blustery harangue on the need for Americans, real Americans, to keep American peas in American pods before our taco salads turn Asian. Then the other candidate would read a wonderfully inclusive recipe that calls for not only American peas and Chinese pea pods but also snow peas, split peas, chickpeas and dude peas—all the peas Wall Street can buy. Then Bernie Sanders would remind us that many Americans can’t afford peas at all.

The other day a certain “news” person (an otherwise unemployable car show model) said of one candidate, “He is so authentic.” In other words, really real. Really? And he went on to say the candidate had also found a way of remaining relevant, like a Buick.

Politicians (and sometimes even people) practice relevant authenticity—an act of “keeping’ it real” when it is advantageous or fitting to do so, i.e. when others are watching. Their actual personalities and beliefs are completely unknown, like the shape of the universe, or why chocolate and wine makes women less likely than men to start a war.

Want to be relevant (appropriate to the purpose) and authentic (genuine)? Stop using the words relevant and authentic to describe yourselves. You’re like a bank robber with a pair of L’eggs over his head concealing his true identity.

I might buy a Buick. And I might even vote for a person who said, “You’re not going to like what I’m about to tell you, but…”

I would be thrilled if people stopped hijacking perfectly good adjectives and turning them into pantyhose used in the commission of a criminal enterprise—*politics.

*’cept for Bernie. Dude is both relevant and authentic as hell.