Week 10: The Five Stages of Togetherness 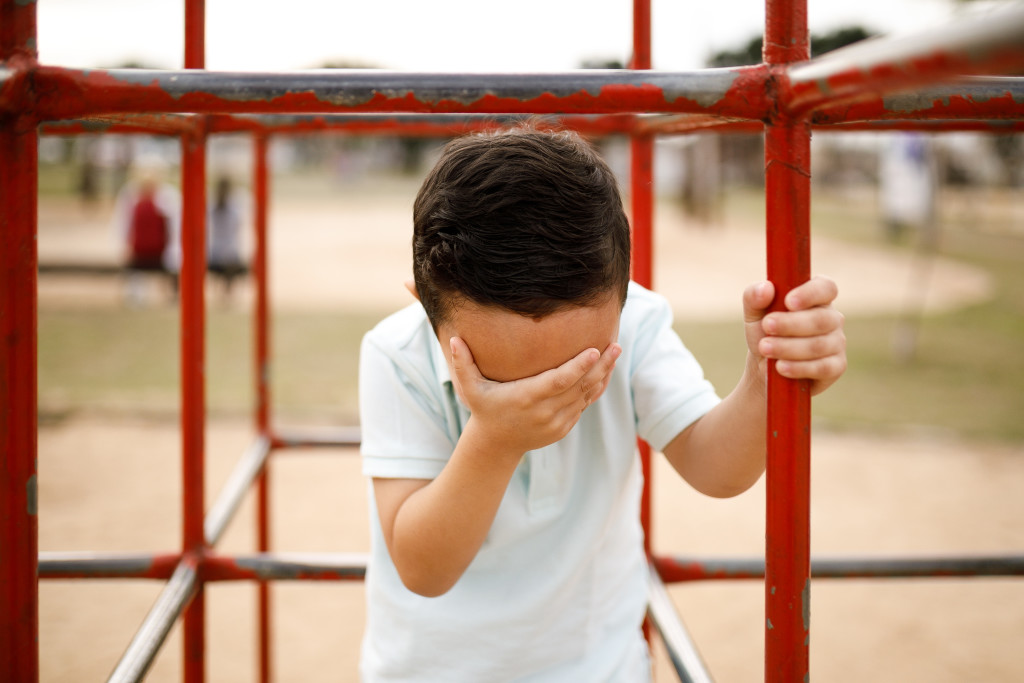 Elisabeth Kübler-Ross authored the internationally best-selling book, On Death and Dying (1969), where she first discussed her theory of the five stages of grief, also known as the “Kübler-Ross model.” The stages, popularly known by the acronym DABDA, include denial, anger, bargaining, depression and acceptance.

I have completed my own studies in what happens to people after months of enforced togetherness. I, too, have identified five stages that people in quarantine go through as they come to terms with each other. Every day. Every single day. Known as the “Ferder-Berger model,” the five stages will surely become popularly known by the acronym WTFFF.

At first, I reckoned, although the virus is certainly a horrific thing this is going to be a bit like camping in the backyard. I loaded up on groceries and savory new recipes, freaking out only slightly that there wasn’t a roll of toilet paper to be had anywhere in the Tri-State area and I pondered all the writing I would accomplish in the coming weeks, for it didn’t seem plausible this thing could on forever, which clearly it will. I held a sense of wonder about what it would be like to be holed up with my two Toms–a dreamy, wholly unrealistic utopian vision of closeness. Now I wonder about things like the best criminal defense attorneys in Wisconsin, if a shallow grave is measured in inches or feet and whether men work at being annoying or it’s a natural talent.

Fine, I wasn’t getting any writing done anyway but I am pleased to report that my sock and underwear drawers have become military grade orderly. I’ve cleaned the baseboards with a toothbrush, vacuumed every lampshade in the house and you can now eat off my toilets. Ima leave it at that.

Oh, the humanity recipes! Sweet mother of Alain Ducasse, the recipes. Where we used to eat grilled salmon with salad a couple times a week, we are presently very fond of grilled salmon in a rich Sicilian sauce that takes at least five tries to nail because it curdles until you follow directions and cook it in a thing called a Bain-marie, which is basically a pot that fits into anther pot half-filled with hot water. (Side note: the more you struggle with salmoriglio sauce, the more spoonfuls of buttery, creamy goodness you are forced to test, which is a blessing to the tongue and a terrible, terrible pox on the hip and thigh regions of the body.)

I’ve also developed a fondness for long form TV (currently watching Schitt’s Creek in its entirety for the third time), sandwiches, cleaning things with a toothbrush, jumbo ice cubes, squirrels and Chrissy Tiegen, the latter two of whom are both adorable and interchangeable in my view.

We’ve got murder hornets, talk show hosts who are ostensibly able to kill someone 800 miles away and people who carry guns into churches, grocery stores and kindergartens, but who won’t wear masks during a pandemic because the constitution.

You know what would make me less fearful? If when the SpaceX rocket is next scheduled to launch and our president is there to watch, they invite him over to the capsule for a look-see. They ask if he wants to try on a helmet. He won’t wear a mask because it would make him look like a girl, but a big boy astronaut helmet would make him seem virulent virile. He immediately puts it on.

Next, he would be given the tremendous never-before-offered-to-any-other-president-ever-especially-not-Obama opportunity to take a peek inside the spaceship “where the magic happens” and have a seat at the controls. While he is distracted by the shiny dials and colorful blinking lights his hosts would quietly back away. Just as the president imagines what it would feel like to be a real American hero—whoooooosh! He is launched into outer space. My fear and anxiety would dissipate like liquid oxygen and hypergolic propellant.

Seriously. If the footage of morons partying like it’s 1999 in swimming pools and bars over the Memorial Day weekend is any indication, we are in deep poop, people. “God has my back,” “we all gotta die sometime” and “if it’s good enough for him (the President of the United States not wearing a mask) it’s good enough for me” are not really glowing examples of the kind of thinking you come to expect from bipeds who’ve walked erect for 3.2 million years. I’ve seen smarter squirrels, which as you know by now I really like more than people.

If a human being cares about her country, her friends, family and neighbors, then it should be the easiest thing in the world to wear a damn mask in public and observe social distancing. We know so little about this virus except that it is the most contagious thing imaginable and you can be carrying it and shedding it, i.e. spreading it without exhibiting a single symptom. Nobody is taking away the right to say the earth is flat, a bedazzled unicorn in the sky has your back or America is the greatest country in the whole wide world, but if firefighters will carry 70lbs of gear up 110 flights of stairs to try and save the lives of complete strangers, seems like it’s not asking too much to wear a mask in public to protect each other, especially our most vulnerable. If that doesn’t convince you, do it for my dad. He’s 91.

Be careful. Be safe. Be healthy.

PS According to the Kansas City Star a  person attending the massive pool party at Lake of the Ozarks became sick the day after the party…and has tested positive. Well done!