Week Seven: All Aboard the Crazy Train 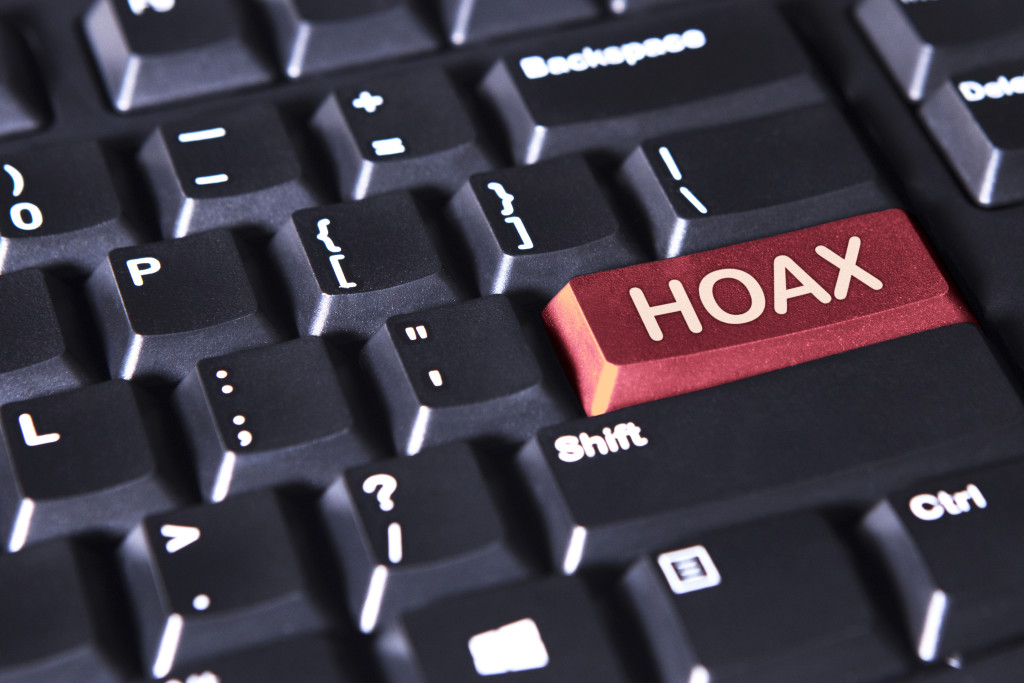 And here I thought I was going nuts. Morons (yes, there was more than one) in Oklahoma City shot two McDonald’s workers who told them to leave the restaurant because it was closed—like every restaurant on the planet—due to the coronavirus. I could see maybe pitching a fit if I were asked to leave a Perkins, or Denny’s even. But what is so special about McDonald’s that would incite such violence? (The bathrooms are usually very clean, which could be a factor.)

In Michigan, at a Family Dollar store, another idiot shot a security guard who told him to wear a face mask—a mandate in place by the State for all retail stores. Also, in Michigan, a man wiped his nose on a Dollar Tree worker’s shirt after the employee told him he needed to wear a mask. Ew.

In Southern California, a fool wore a Ku Klux Klan hood to the grocery store in protest of coronavirus restrictions requiring face masks. That’s like protesting laws that prohibit nudity by wearing a snowmobile suit to the beach…but with the added wallop of racism. 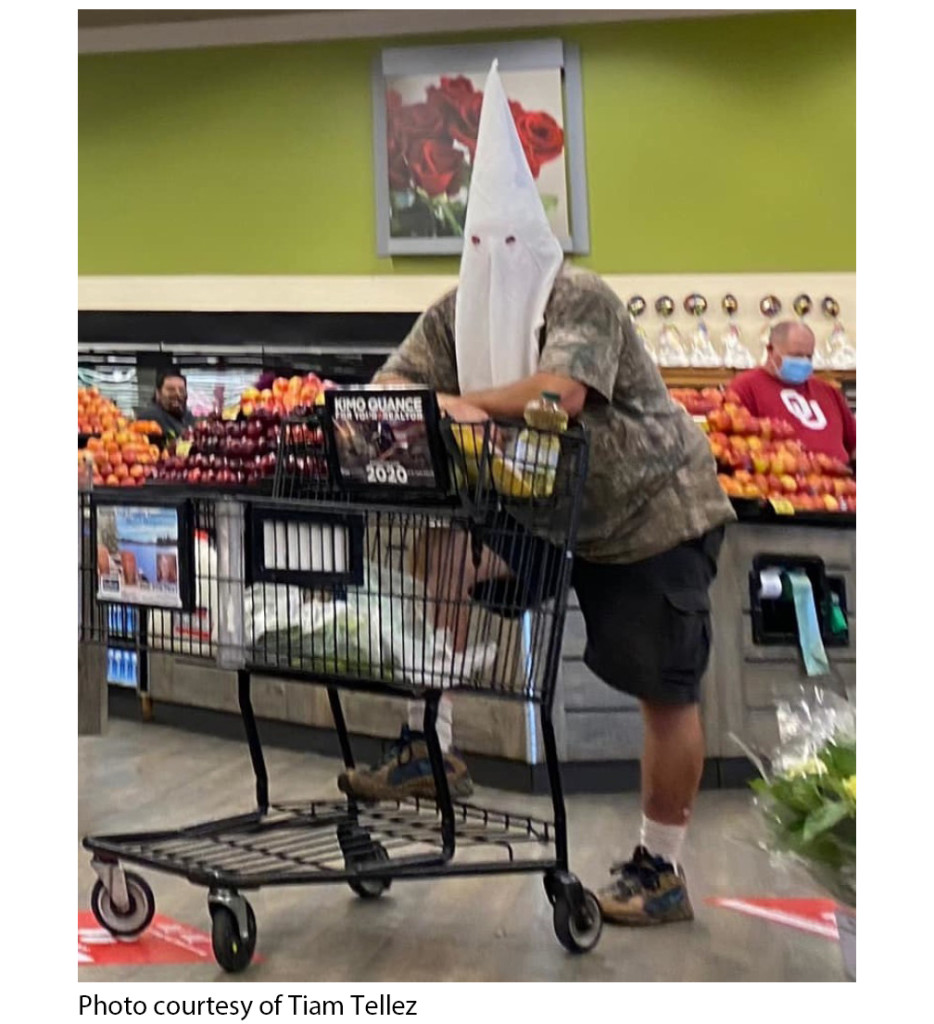 A manicurist in South Carolina defied her State’s restrictions by making an urgent house call to a salon client. Fascinated by an alligator swishing around the water’s edge at the client’s property on Kiawah Island, the nail and cuticle specialist wandered down for a look-see after she’d completed the emergency file, buff and polish procedure. The homeowner, no doubt waiving a perfectly manicured hand, warned that just the night before the same alligator had snatched a deer that was standing in the exact same spot as the manicurist. The beautician’s last words (you simply could not make this shit up) were “I don’t look like a deer.”

The homeowner said the woman then reached out to touch the alligator, which grabbed her by the leg, pulled her under and that was that, more or less proving she did, in fact, look like a deer (at least to the alligator).

A man told me earlier this week, because I asked him to please back up at the grocery store checkout, that Covid-19 is hoax and I should just “relax.”

“What would be the purpose of such a hoax?” I asked, stupefied.

He rolled his eyes and spoke slowly, so I might understand, “It’s all to make Trump look bad before the election.” Ah.

Let me get this straight. Every country in the world (except those represented by four little yellow spots) has somehow been convinced to join liberals in the United States in an effort to make one man look bad…by pretending a common flu is really something much worse. In fairness, if you were going to pick a guy to mess with, this dude would be a good choice. I mean, he’s been insulting world leaders, citizens and entire nations (shithole countries anyone?) pretty much since the day he took office, but it seems preposterous even by wackadoodle standards to believe the whole frickin’ planet is in on a Covid-19 hoax. What would that sales pitch even look like?

Map provided by the Centers for Disease Control and Prevention

“We need something big,” Nancy Pelosi perhaps said to 193 Presidents, Prime Ministers, Kings, Queens, Supreme Leaders, Emperors, Emirs, Sovereign Princes and Grand Poobahs representing every nation on earth except the spoilsports in Turkmenistan, Kiribati, Tuvalu and North Korea. (I would think Kim Jung Un would have been the first to join the charade to get rid of Trump, with the ‘Rocket Man’ barbs and cracks about his hair and height, but one has a sense that North Korea’s Great Leader Comrade is not much of a team player.)

“All we need you to do,” liberal mastermind Pelosi says, “is play along until November. Your economies will tank and you’ll have a lot of people starving, unable to afford housing or clean water, but don’t you worry. We’ll be in the exact same boat. Hell, Flint hasn’t had safe water in years.”

Pelosi leans in, looking each world leader in the eye for a second. (I imagine a large circular seating arrangement such as at the U.N. or when the baddies get together in James Bond movies.) After the minute and a half it takes to look 193 leaders in the eye for one second, Pelosi rocks back on her high heels and smiles. “Who’s in?” she asks cheerfully. Hands fly up. Hoax initiated.

After careful consideration, I don’t really buy the coronavirus conspiracy theory, but I do hope to be reunited with my childhood dog Tinkerbell when I die. Also, what are the chances the Rolling Stones would postpone a world tour because of a hoax? Some things just speak for themselves.

I could watch turkey vultures all day. (So long as I had snacks and the proper hydration.) (Jalapeno margaritas are loaded with tequila antioxidants and they are mostly tequila water.) For birds who survive on a diet of roadkill, these pterodactyl-sized creatures are able to catch a thermal and glissade through the skies for hours on end. What must that feel like? (My reverie on this imagining comes crashing down when I see them picking the decaying meat off a run-over deer.) Still, they’re cool to watch then they’re not eating.

I’m doing a hundred day challenge with my friend Cindy. Week One, the goal was to walk five miles a day. Week Two, we added in various stretching and home work-out activities to the roster. The roster looks wonderful—very professional—and if I checked off the items on it, so would I. Mainly, I bake things to eat. (And clean out closets and drawers, which I find really works up the ol’ appetite.) My husband remarked again this morning, “I don’t know what it is, but I just keep losing weight!” I have added a little sumpin sumpin to the 100 day plan. It includes a dry cleaning bag, duct tape and a shovel.

And just in time for Mother’s Day, another polar vortex event is bringing frigid air and freezing temperatures to pretty much every place east of the Rockies—an obvious attempt to discredit the president who claimed warm weather and Lysol suppositories would make the invisible coronavirus monster go nigh-nigh. Polar bears, Santa Claus and a handful of sciency elves have figured out how to export tremendously cold wind in an attempt to embarrass our leader. I personally feel they are also responsible for COVID toe, which looks suspiciously like Rudolph’s nose, but I don’t want to start any rumors.

Sunday is Mother’s Day and whether we are wearing electric underpants and fleecy bras or not, I want to wish all the moms a very happy Mother’s Day. I have such fond memories of Mother’s Days as a child—homemade cards, bouquets of violets—her favorite—and always a little poem I’d written in my childish hand to say how much I loved her. I remember they were usually warm Sundays in May, my mom’s perfume floating in the air and a lightness in our house on this special, extra sparkly day. I can see her putting lipstick on in the bathroom mirror, foot slipping into a pretty shoe and how excited I was to have a whole day to celebrate my mom.

In my wistful memory of those bygone days, I forget about the difficult years—me, between the ages of 13 and 30—when we’d clash over everything then forget about it and move on, usually heading over to TJ Maxx for a little retail therapy. From where I sit now, especially now, the nearly 60 years I was lucky enough to have my mom were just not sufficient. Hug your mother close. (And give her a kiss for me.) 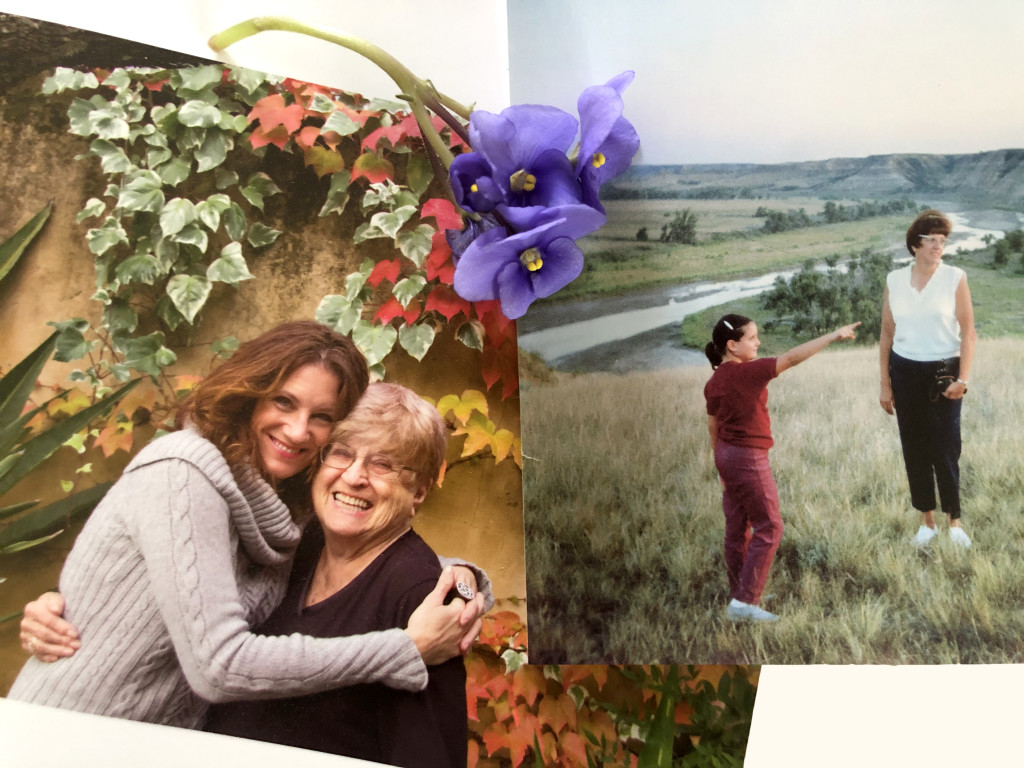