In the true spirit of giving… 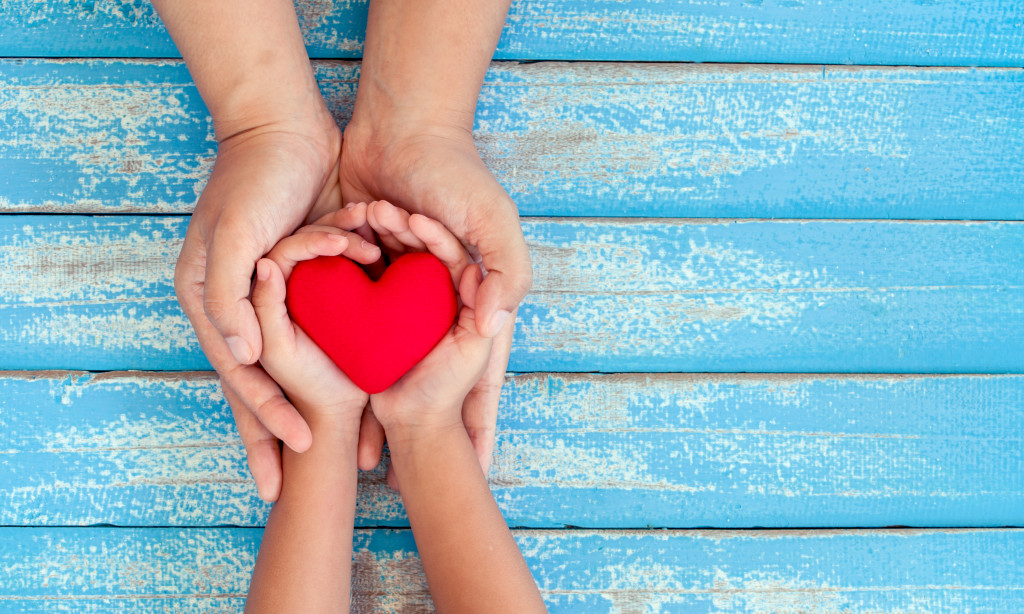 The other day a man on the street gave a homeless person a dollar, and I smiled at him. “What can I say?” the man told me, puffing up his chest as he got into a new Mercedes. “I’m a generous guy this time of year.” It got me to thinking…people seem confused about generosity.

Rosalind Russell stars in the 1958 film “Auntie Mame” as a wealthy eccentric with a heart of gold. In the stock market crash of 1929 Mame loses it all—including her new job as a clerk at Macy’s. Demoralized and broke, she foregoes a warm cab ride home and opts instead to drop her very last dollar into a Salvation Army bucket.

In flusher times Mame might have handed the bell ringer a couple of Benjamins, but it would not have been a fraction as benevolent as giving away her last dollar. Generosity is not conveyed by tax breaks for charitable contributions or crowing about giving someone less fortunate a couple of dollars. True generosity requires a bit of personal sacrifice—and comes from a place where we actually care about people irrespective of social station, income, religion or race.

Maybe it’s just me, but I am not blanketed in warm fuzzies when I see gratuitous Christmastime TV ads touting the “generosity” of a company that donates a few pennies on the dollar to charity “in the spirit of giving.” It doesn’t strike me as particularly giving to donate money simply to earn a massive tax break when your workers don’t have affordable healthcare. #ScroogeMart

In a decidedly ungenerous move, and for reasons beyond my comprehension, a swath of the American public has decided to jump onboard the “restore Merry Christmas” crazy train, ignoring the fact that, quite simply, we have a proud multi-cultural history and not everyone believes in Jesus. Considering Christmas, the birthday of said Jesus, is the penultimate celebration of generosity, it seems disengenuous to cram one’s religious beliefs down people’s throats by insisting they get with the ‘Happy Birthday, Jesus’ program, then label them un-American when they won’t.

This year I decided to try something new—something perhaps…charitable. I ask, “Do you celebrate Christmas?” When people say yes, then I wish them a merry Christmas. When they say no, I tell them happy holidays. There is a brief pause as the person digests the question, then come the words, “Thank you for asking.” Boom.

There are so many ways to express generosity, from helping an elderly person across a busy street to honoring someone else’s culture. Among the same group that is leading the Merry Christmas Goddammit assault, there is the argument that if African American persons refer to one another with the N word, then why can’t the rest of us? (This proposition reared its head at a Christmas party, which seemed ironic somehow.)

To suggest white people should be allowed to call African American people by the N word because African American people use the word is to insist upon calling Richard ‘Dick’ when he has specifically asked to be called the former. It doesn’t matter whether Richard’s family calls him Dick, or what his race is. Unless you are in Richard’s family, and assuming you have half a brain, you will call him Richard. Otherwise you are the real dick.

Was that ungenerous? My bad. (Your appreciation, or acceptance of my sense of humor and language is quite generous.)

This holiday season I want to thank you—for sharing your stories with me, letting me know what you thought of a blog, laughing with me, crying and raging against the machine with me.

Here’s to all of us, honoring whatever tradition, belief or non-belief we subscribe to by being tolerant, kind, compassionate…and you know. Generous.

Get Over it? I Don’t Think So. 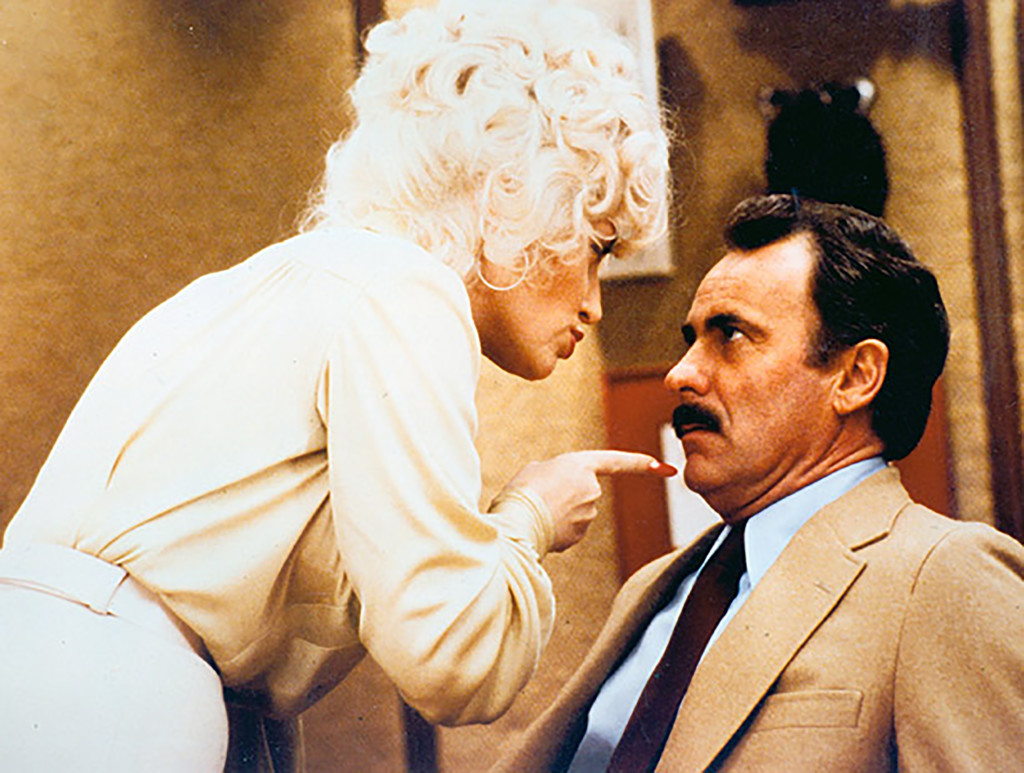 Some men I know are whining about the legion number of sexual misconduct accusations and resulting firings and humiliations that have been coming to light every five minutes for the past few weeks. I do not share their bewilderment, frustration and suspicions that women are jumping on some over-sensitive bandwagon.

One man thinks it is only famous men who are being persecuted because those are the only guys we’re reading about. Unless a “civilian” guns down 50 people or sets himself on fire while deep frying a turducken, the media doesn’t generally cover my neighbor mowing his lawn, or whether he has been let go from his job at Ace Hardware because he groped Sally from the paint department in the paint department. I’m thinking this must be a crazy time to work in Human Resources, but the New York Times and Variety aren’t going to devote ink to my neighbor when Garrison Keillor has been caught with his hand up a woman’s blouse.

Keillor was smart. He released a statement to the New York Times in an effort to get out in front of the accusation—with his version of the “alleged” sexual misconduct. So now people are debating whether what he describes was really so terrible—the woman’s blouse was open in the back, he was consoling her, and his hand accidentally slid 6 inches up her bare back. Jeez, has it occurred to any of the men who think, “Yeah, I can see how something like that could happen” that Keillor, a storyteller by trade, might have written a less lascivious account for the public? And frankly, I don’t find his carefully constructed prose even slightly okay.

Another argument I hear in Keillor’s favor is that he is really old. Huh. There is an 89-year-old man I see at a professional meeting every month, who persists in giving me a hug, which includes grabbing side boob, sometimes actual full frontal boob, my ass, and occasionally, when I am distracted, he tries to French me when we do the cheek kiss greeting. I am ashamed to admit I have never called him out on it because he is old, but I hate myself every time it happens. I feel dirty, confused, violated and I have anxiety the instant I see him.

I’m not going to kill myself or seek professional psychiatric care because of it, but it is not right. If I learned that one of my dear nieces or stepdaughter were being fondled, groped, felt up or licked by this guy I’d punch him in the throat and if he broke a hip, so be it. That’s the price of being sexually inappropriate when you’re not a celebrity who can be fired from a big time job, but are instead simply a dirty old man from Milwaukee.

I am fortunate in that I have never been raped, but when I look back at behavior that was deemed acceptable, because to not accept it would have meant I was “uptight,” “frigid,” “no fun,” or a “poor sport” I can hear my blood pressure rising and my armpits begin to sizzle. I am a formidable creature at 5’10” tall, especially when I wear 5” heels. My parents blessed me with self-confidence in spades and attitude a mile wide, but even so I have been cowed by men in positions of power, and almost as bad, embarrassed by the likes of nobody idiots who think it’s their god-given right to touch my ass on an escalator or comment on my legs just because, you know, I have them and I am using them in public.

Again, many men will argue there is no harm in a man telling a woman she has lovely appendages. Right out of the gate, I reject this on its face. Unless I have signed up to be in a leg, ass or tit competition, shut up. Think what you will, but please, just shut up. I am not flattered or moved by a sleaze ball in sweatpants who tells me I’ve got long legs, like this is some revelation, or worse yet, a compliment. A compliment implies we give a rat’s ass about the other person’s opinion, and believe me when I speak for all women; there are not few enough fucks to give for your “opinions” about our body parts.

Older men tell me it’s natural to compliment a woman on her smile, hair or legs, but when it is said with a leer and a tongue flick the man is not innocently commenting on my inseam, but instead is very crudely letting me know exactly how he envisions my legs vis-à-vis his personage. It is creepy, disgusting and leaves me feeling violated. This doesn’t mean I will be damaged for life, unable to work, create, love or bake soufflés, but it does mean another person has invaded my personal space in a manner that is just not acceptable.

I feel sorry for men who do not understand what “all the fuss is about.” These human specimens are either profoundly flawed, unable to get it up for empathy, or they are delusional. I do not buy that men are confused by the sudden, copious accusations of sexual inappropriateness, or what being sexually inappropriate even means.

Here’s a simple freakin’ litmus test for those fellas: would you conduct the behavior in front of your boss, wife, daughter, mother, aunt, grandma or fourth grade teacher? Would you be comfortable grabbing a handful of a stranger’s shapely butt in front of Mrs. Worshefsky?

Sexual politics have always been tricky, but since forever we have excluded sexual conduct outside of intimate relationships from the discussion. Women burned their bras, got the pill and slept with whomever they damn well pleased, and yet no one was talking about being groped in the supply closet or missing out on a promotion because she refused to blow the boss.

My friend Brigette Breitenbach posted the simplest, most meaningful statement on her Facebook page today. It said simply, “You know it’s a racial slur if it was meant as a racial slur.” Same can be said for sexual inappropriateness. Men can pretend, “I didn’t mean anything by it,” but not one of them would “not mean anything by it” if their wives, mothers or bosses were standing right there.

It doesn’t matter whether the woman you’ve sexually accosted—be it physically, psychologically or verbally—is a shaking mess of protoplasm unable to feed or fend for herself as a result of your misconduct. I, a statuesque warrior goddess with nerves of steel and a wicked right hook, have been made to feel dirty, violated and anxious by an 89-year-old man who thinks it’s cute to feel me up. Next time he does it, ima knock his block off.

To all the warrior goddesses out there, young and old, keep fighting the good fight, and speak up. For every snarky supposition that women are “just doing this for attention or money,” we will answer with the truth, and the truth is that we have been silent, and subjugated, for far too long.

Lastly, to all the men who are foaming at the mouth because they believe some guys have been unjustly accused and punished, it’s called collateral damage. You accept it as a fact of war, and that is when innocent people are actually killed dead. A few men lose their gazillion $ salaries by mistake? That’s the price of building a better society for everyone. As women have been told for centuries, get over it, doll.