3 Steps to Fixing an Epic Fail at Work 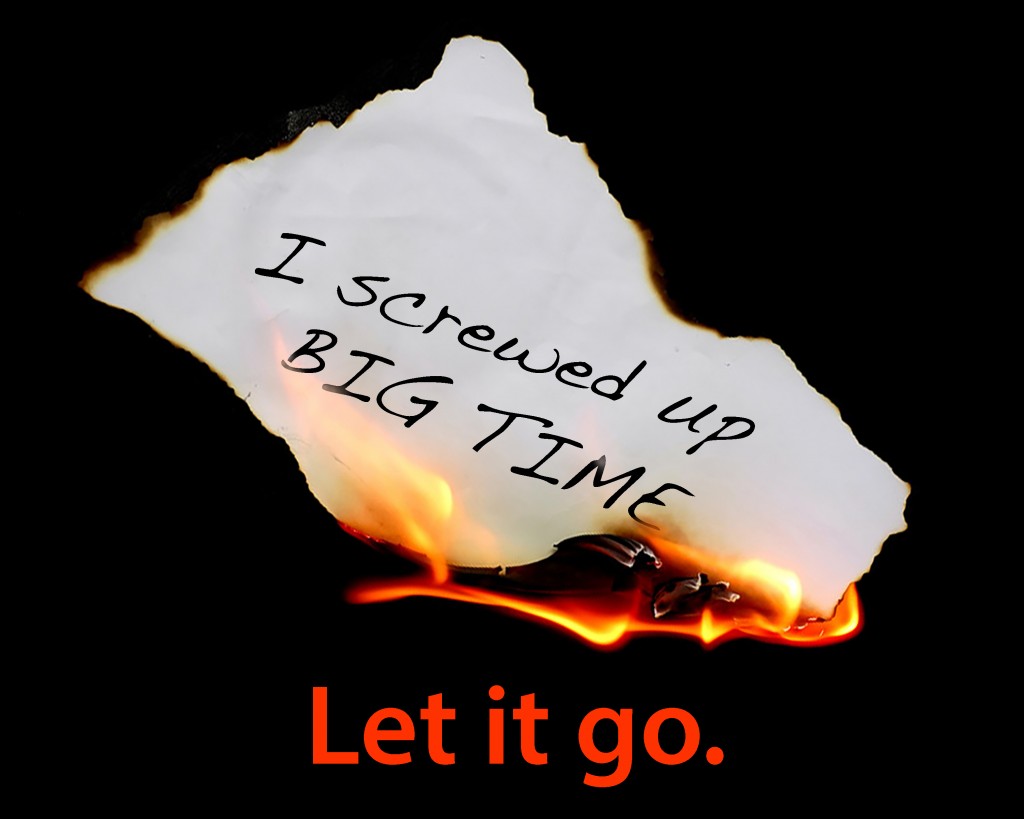 Many years ago I worked for an advertising agency as a freelance producer of TV commercials. A young executive who was an employee of the company made a clerical error that would cost the agency tens of thousands of dollars. When I told her we had a rather large issue to rectify, she looked at me with big dumb cow eyes (behind which lurked the sinister innards of a politician or axe murderer), and she asked, “Who should we blame?” (I knew the ‘we” was rhetorical, and I would be thrown under the bus forthwith.)

Owning it is not nearly as scary as it sounds. The trick is in pre-emptively owning it. The minute your stomach goes queasy, you throw up a little in your mouth, and in my case, the armpits heat to the temperature of molten lava, I know I’ve got to act fast, getting out in front of the screw-up. When you fess up to a flub straight away, one of two things will happen with your client or boss.

1. A normal, decent person will be impressed that you had the balls to come forward, and he will help you figure it out. Or…

2. He will go ballistic, cuss and embarrass the living bejesus out of you. It may take a few minutes, possibly years to get over an such an ordeal, but you will eventually realize that any person who lambastes you when you’re taking ownership of a mistake is a bombastic jerk, and anyone who witnesses the outburst will recognize it, too.

Sometimes we aren’t aware we’ve made a mistake until someone else points it out, in which case getting out in front of it isn’t an option. In this scenario the best bet is to remain calm, bear in mind that on the day you die, this boo-boo will be the farthest thing from your mind as you list your regrets in life (didn’t love enough, didn’t swim enough, didn’t eat enough chocolate, never made it to the Galapagos), and you can use the experience as a way to elevate yourself as a professional, and a human being.

The second half of a sentence, which begins, “I have made a terrible mistake,” should be, “I will do everything humanly possible to fix it.” If you do not know how to fix it, be unpretentious and genuine in asking for assistance. “I messed up and I don’t know how to make it right. Can you please help me?”

Unless you’ve been a complete jackass, your coworkers and others will pity you, and it will make them happy (feel superior) to lend a hand. Plus helping you puts a nice deposit in their goodwill savings account. If, however, it has been your habit to be an insufferable asshat then you will not get support when you need it most. You will instead find people fighting over your parking spot.

Once a person has signed on to help you they are invested in the outcome, and you are both less likely to fail. Enlist your whole team and failure is almost not an option at all. It may take a village to raise a child, but a team of coworkers pulling together to find a solution can lift your sagging self-esteem (nobody feels good about herself after falling flat on her face), and you are showing your superiors that you have what it takes to manage people and solve problems.

When you ask for help you must realize you are now a passenger and are no longer behind the wheel. You drove the car into a ditch and have effectively handed the keys over to someone sober. Nobody likes a backseat driver, so keep your mouth shut, your eyes open and pay for the gas.

If the people who’ve come to your aid ask for your input, perhaps along the lines of “what the f*ck were you thinking?” remain humbly gracious. You have to take your lumps. But, you can engender feelings of good will by asking, “What would you have done?” Sweet mother of God do not disagree or argue with them no matter how ridiculous they sound. Listen. Nod agreeably. Right now you need all the friends you can get.

For many people this is the hardest thing to do. We obsess. We rehash. We relive the horror and the shame. Does it change anything to do so? Nope. Does it prevent you from making further mistakes? Uh uh. Beating yourself up has zero positive effect.

I’m not a cockeyed optimist who tapes Post-its to the mirror saying I’m good enough! I’m smart enough! But there is one quirky little trick I’ve found that helps me let go of the inadequate and unproductive feelings I harbor after I’ve made a big blunder. Once I’ve acknowledged my misstep and done my utmost to make it right, I write the screw up on a piece of paper and then set it on fire. (Be sure to do this in the sink, bathtub or outdoor area away from any dry foliage or you might add arson to your list of lapses.)

As corny as it seems, the act of destroying that thing that was an embarrassment reminds me to focus on the here and now, and drives home the point that the past is transient, gone, behind me. Poof. Like smoke. The important thing is what lies ahead, and the grace, and ashes, with which we face the new day.