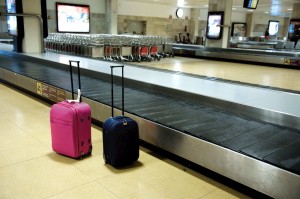 SO YOU DON’T HAVE TO

1. No is a complete sentence.

Just say no. Can you drive Aunt Myrtle to the airport Wednesday afternoon? “No, I can’t.” Period. Once you start to explain why you cant, you’re doomed because you have opened the door to negotiation. Let’s practice.

Them: “I know it’s late notice, but will you please bake 50 cupcakes for tomorrow?”

Them: “Uh, okay. I guess I’ll find someone else then.”

Us: To husband, waiter or child over the age of 12, “I’ll have a margarita, thanks.” So simple.

2. You will never change someone’s mind about religion, politics or sex.

“I believe god is a rabbit, I believe Candidate Happy Pants to be the finest person alive, and I believe a girl can get pregnant by jacuzzi water.”

No matter how many facts in your arsenal, you will not convince this person that god isn’t a furry mammal, Candidate Happy Pants is batshit crazy, and the only way to get knocked up by jacuzzi water is if there is a man named Jacuzzi Water.

So change the subject, careful to avoid anything climate-related. Safe topics include favorite colors, kittens, and lawn care.

3. You cannot rescue a person unless you are a fire fighter or Navy Seal.

This one is counterintuitive because, come on, who hasn’t met a sad sack who gave us cause to think, yeah, I could fix that.

It is possible to carry someone from a burning building and administer CPR to get him or her breathing again. But in terms of being the wind beneath their wings, it’s all hot air. People do not change. *You cannot make someone happy.

*Unless you’re a pharmacist.

4. Be specific when you ask the universe for something.

Talk about learning the hard way. I once asked for a man. I was sent a man with multiple personalities, an eating disorder and no income whatsoever. So I revised my prayer to include men with one personality, a good appetite and a job. I was sent an angry, bitter man who was morbidly obese, and who worked, literally, at a puppy mill.

I don’t know how it’s going to pan out now that he’s married, but I am expecting George Clooney to ring my bell any day now. (Yes, I meant it the way it sounds.)

Every single time I second guess myself it results in unmitigated disaster. If only I’d have gone with my gut when my husbands proposed, stuck with my first answer on the algebra exam freshman year of high school, and shook out the bed linens before hitting the hay in the cottage on Spider Lake.

For some reason we have “evolved” to the point of basic stupidity. Cave people sensed danger, and hauled ass in the opposite direction. What do we do? Talk ourselves out of it! Na, he can’t be that bad. I’m sure they named it Spider Lake because it has eight long, slender inlets, not because the place is overrun with arachnids the size of badgers.

Several years ago I was travelling in Europe with my cousin Colleen. We had just boarded our flight from Prague to Rome when a Middle Eastern gentleman glanced out the window and started shouting, “There’s my suitcase going into the plane! Allahu Akbar!”

I looked out the window and saw luggage being fed into the plane on a conveyor belt.

“That’s it,” I told my cousin. We are outta here.” I told the flight attendants to open the door and let us out. We were informed the jet way had already been removed, at which time I became hysterical. The jet way was reconnected and we hurried off the plane. Our luggage went to Rome without incident. Apparently the man had lost luggage in the past and he was just really happy to see his suitcase make it onto the plane.

We took a train to Rome, which was robbed just outside of Florence. They got our purses and my camera case, but they did not get our suitcases. Why? Because, thanks to my finely honed instincts, our luggage was on a carousel at Rome airport, going round and round and round.