The Night Mick Jagger Fell for Me 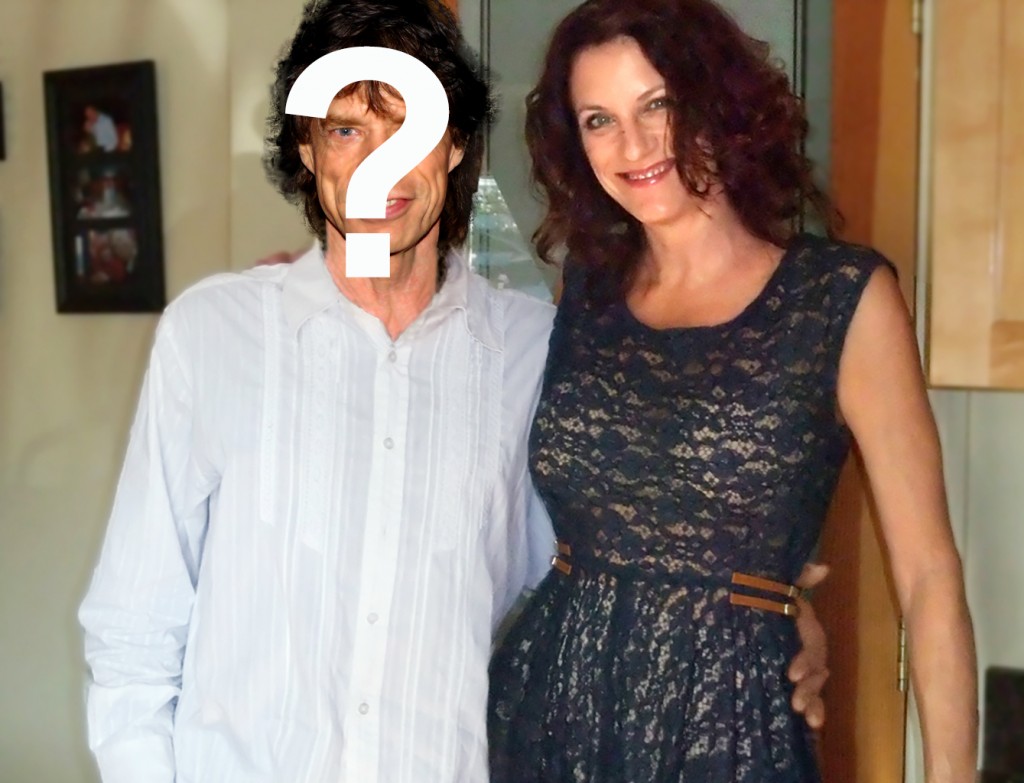 Good luck. Some people have all the luck. If it weren’t for bad luck I’d have no luck at all. Luck. Is there such a thing? If we believe ourselves to be lucky, or unlucky, do we unwittingly stack the deck?

This question makes me think of the times I felt certain something wonderful was going to happen, and then it…didn’t—at least not in the way I envisioned. For example, one time I was 100% convinced that I had purchased the winning Lotto ticket. I’d never had such a strong premonition before. Needless to say, I did not win, or rather than writing this post from my home office in Delafield, Wisconsin, I’d be dictating something completely different from my sun-splashed villa overlooking the azure waters of the French Riviera. But on the day I bought the unwinning lottery ticket, I was not run over by a bus. Luck? You tell me.

Another time the odds were way more in my favor. My boyfriend was a musician who lived in New York City. Every Friday afternoon I’d get on a plane in Milwaukee and fly to NYC for the weekend.

Very early one Sunday morning, on our way back to his apartment after visiting friends, he informed me he had to stop at Electric Lady recording studios to drop off some tapes. (These were analog years, before the earth cooled.) Our cab pulled up outside a dark brick façade with no windows—just a heavy steel door. My honey told me to wait in the cab. I said I wanted to come inside. He said the Rolling Stones were in the studio and he wanted me to WAIT. IN. THE. CAB. He was adamant on this issue, like he was worried I’d run off with Mick Jagger. As if.

Feeling lucky, I waited until my boyfriend was out of the cab, then I threw a $20 at the cabbie, and slipped out the opposite side of the taxi. I was able to stick my foot between the big steel door and the jamb just before it closed.

If I was going to run off with Mick Jagger I needed my lipstick to be in order, so I ducked into the ladies room. On the way out of the ladies room, lips glossy and just a little smudgy, the pocket of my jacket caught on the European-style door handle. I stumbled backward, flailing to regain my balance, but it was no use.

I came down with a thud on something bony, and possibly human. The door to men’s room opened and Keith Richards walked out. He looked down at me, and laughed. I could feel the person beneath me struggle like a dung beetle flipped onto its back, and I was both glad someone had broken my fall, and also curious to see who it might be.

“Get off me, you cow!” the person said with a lilting English accent.

In Wisconsin being called a cow would be an insult for sure, but in British I’m fairly certain it means, ‘hey pretty mama, how’s it goin’?’ I craned my neck to see upon whom I had landed, and caught a fleeting glimpse of Mick Jagger just as he hoisted me off of him, sending me sprawling across the floor. (He’s super strong for a rock star.) That is the exact moment at which my boyfriend came around the corner.

Keith helped me to my feet as my “boyfriend” slunk out the door. Mick dusted himself off and gave me the British wink—in the Midwest it would have been considered a withering glare, but I could tell he was really into me.

I am nothing if not loyal, so I graciously informed Mr. Satisfaction that I had to get back to my boyfriend, and I left, confident Mick would find someone else. If he was lucky.

(I had a bit of unluck in Luck, WI last weekend, which is why there is no update on cold beer, bare feet and dancing in the street. I will return to Luck one day, and write about it then.)