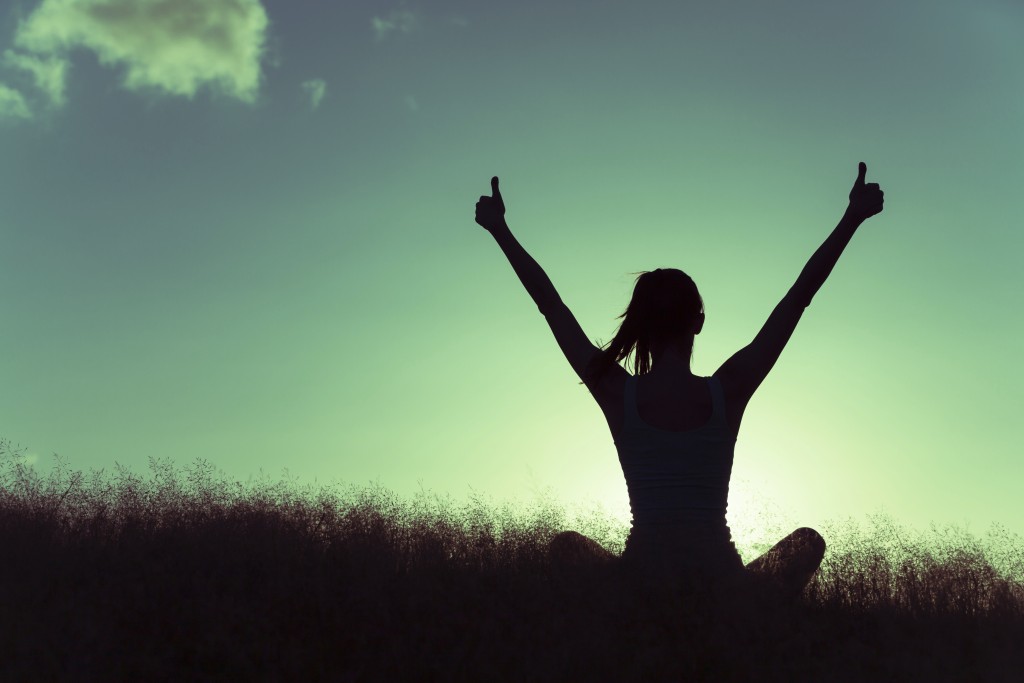 If the recent election cycle has taught me anything it is that people have wildly divergent ideas about what constitutes success. For many, it is purely a dollar amount, punctuated by gold gilt wives, plastic children and fussy furniture. Others define triumph as simply being a decent human who cares deeply about the welfare and comfort of all sentient beings. If I had to pick, I’d probably fall in line with the latter only because I love dogs more than anybody, and I carry spiders outside. In all honesty, I would love to ferry an arachnid to safety while en route to the bank where they weigh my money v. the counting method, which is for poor people. Like myself.

We may never agree on the definition of success, but in our hearts I think we all know it when we see it. In case you’re just a tiny bit unsure, here are 7 clues:

1. More than half the people who know you do not refer to you as an asshole, asshat, assclown or asswipe.

If 51% of respondents think of you in anus-related terms, you are not successful. Oh, you may be richer than god, better looking than a Photoshopped Baltic supermodel and have more friends than a bouncer on ladies night, but you lack a basic element that real winners have, which is most people speak well of them.

I can hear you already, you sayers of nay who don’t think being liked is such a big deal. We shouldn’t have to kiss ass or betray our own dignity in order to be well thought of, but when you don’t screw people over, you value and respect them, and as a default position treat everyone as you would like to be treated, they tend to hold you in high regard. While what others think of us is generally not a litmus test for success, if you are admired it usually means you’re not a complete idiot, and that is good.

2. You can laugh when the chips are down.

This is one of the better kept secrets about truly successful people. The guy who stomps around swearing a blue streak when a seagull poops on his YSL polo shirt is not deep down a happy camper. All successful people are happy campers, btw. Comes with the territory. Maybe not 24/7, but when a seagull poops on his shirt, the reasonably well-adjusted person cracks a smile.

It’s not as rare as being beaned on the head by a satellite part falling out of the sky, but the odds at any given moment that a bird way up high will crap at the exact right speed and trajectory as to make a direct hit on your person is like one in a billion (there is a higher probability near the sea and in the Great Lakes region).

The successful man laughs, rinses and buys a lottery ticket. (Unless he is near the sea or in the Great Lakes region, in which case he is accustomed to being shat upon by sea birds and does not take it as a sign it is his lucky day.)

3. You feel badly if you hurt someone’s feelings.

It can be an accident (How far along you? Oh, you’re not?) or intentional (God, you’re stupid.), but either way when the person’s face falls and her eyes go convex with tears, you feel about two feet tall. A successful human takes no joy in making someone else feel shitty.

If the other person is a tool and deserves seagull droppings on her personage then it doesn’t deduct from your successful person column if you note casually the irony in Matilda getting a guano deposit on her head on the same day as she asked derisively whether you make your own clothes. It’s okay to acknowledge the power and majesty of the universe on those occasions. Otherwise, be nice.

4. You have a solid handshake.

Grasping the other person’s hand so that your thumb cleavage fits his thumb cleavage, squeeze firmly and pump twice, locking eyes the entire time. None of this wimpy finger clutching nonsense, or limp flopping about like you’ve got a piece of flaccid halibut you’re trying to get rid of.

Nothing says loser like a weak handshake. (Gentlemen, I beg of you, please do not employ a different handshake for women than you offer to the menfolk. It is insulting, off-putting and makes you seem floppy and minor league. Plus, it’s just icky.)

Throw those shoulders back, jut out your hand and own that handshake while looking directly into the other person’s eyes. Smile confidently. Step forward and into the handshake, then break it. You don’t want to hold on like he’s got a winning lottery ticket in his paw.

Nothing screams impotent weasel like a person who can’t take criticism, a joke or an insult. My feelings may be hurt and my ears on fire, which immediately spreads to my armpits like a river of molten lava, but I try to keep it together on the surface. Oft times, the insult is unintentional, and by remaining sane I give the other person a chance to rephrase, which they do as soon as the color drains from my face and my ears have burst into flames.

“Oh jeez, I didn’t mean you were actually stupid when I said ‘how stupid can you be?’ Shall I get a fire extinguisher or will those go out by themselves?”

“Whew,” I reply, my armpits cooling down like a nuclear reactor. “For a minute there I wasn’t so sure.”

There are meanies out there who deliberately try to make us feel badly. It makes them somehow feel superior, or at least less inferior, to do so, but all they are really accomplishing is to offer us a wonderful opportunity to exhibit our character.

The next time someone criticizes you in a pointedly non-constructive way, or insults you ‘just because,’ or because the ‘because’ is he is having a crappy day/week/life, take a deep breath and regroup. Think about what’s really important. Do you have enough to eat? A roof over your head and people whom you love and who love you? If so, hard as it may be, let it go. A small advantage to this is perhaps a petty thing, but nothing drives a mean person nuts more than not getting a rise out of you. It’s a beautiful thing to see spittle form at the corner of a meanie’s contorted mouth while you just smile sweetly, innocently, in the immediate aftermath of an insult.

Much of this has been covered in the preceding entries, but I cannot stress enough the importance of remaining cool under pressure. Truly successful human beings do not fly off the handle. They do not pitch fits, go ballistic or rant and rave when things don’t go their way.

It is the hardest thing to do—staying cool, calm and collected when people are lobbing crazy bombs, insults and non-facts your way. Unfair as it may be, for women especially, it is critical to keep the vocal register down and the gesticulation level at or below Italian so as to not appear shrill and hysterical. The reason I don’t tell men the same thing is that I love a good laugh, and there is nothing quite as hilarious as a wildly gesticulating, shrill and hysterical man. I don’t know why—probably the same reason I giggle at funerals and whenever I see men wearing black socks with sandals.

I had a client once whom many would think of as successful. He was wealthy, wore shirts custom made by a tailor in London, took care of his skin and was the client—not the vendor, like us. He was also the biggest tool in the massive asshat Craftsman of the universe. He belittled the camera crew assembled to shoot his commercial. He ridiculed people who had never eaten caviar. He let it be known in no uncertain terms that he was successful, which we, in our “work togs,” would never be. (He called clothing togs. ‘nuff said, right?)

Although we wanted to kill him, it was forbidden, so we put up with his shenanigans, telling ourselves it was just a job and some day it would be over and we could go home and built voodoo dolls wearing striped button down shirts with monogrammed cuffs and goofy Italian loafers.

The kid who drove the 15 passenger van that ferried us around Washington D.C. where we were shooting was so rattled by this idiot that he quit. One morning we gathered at the van in the hotel parking lot and there was no driver. Just a note taped to the windshield that said, “I am in therapy. Good luck.”

We liked that kid, dammit. We were steamed. One of the lighting guys volunteered to drive. “Odd,” I thought. They’re not usually big multi-taskers, but hey. Any port in a shitstorm, right?

As was the way, we’d be assembled like good little sheep at the proscribed call time, and we’d be kept waiting half an hour while the client tooted the last lines of the morning and then bought himself a 64oz. Diet Coke. No one spoke as the client climbed into the van, nor did anyone say a word as he stepped over a camera case on his way to his seat. The lighting guy, who later feigned ignorance as to the “pick up and acceleration” of a 15 passenger van, stomped the gas and the client went ass over tea kettle, literally bathing in 64 ounces of fizzy cola goodness.

Not being the definition of success in our eyes, he went berserk, calling us every vile, evil and hilarious name in his teeny hysterical shrill playbook. No one said a word. No one cracked a smile. Inside—we had achieved success.