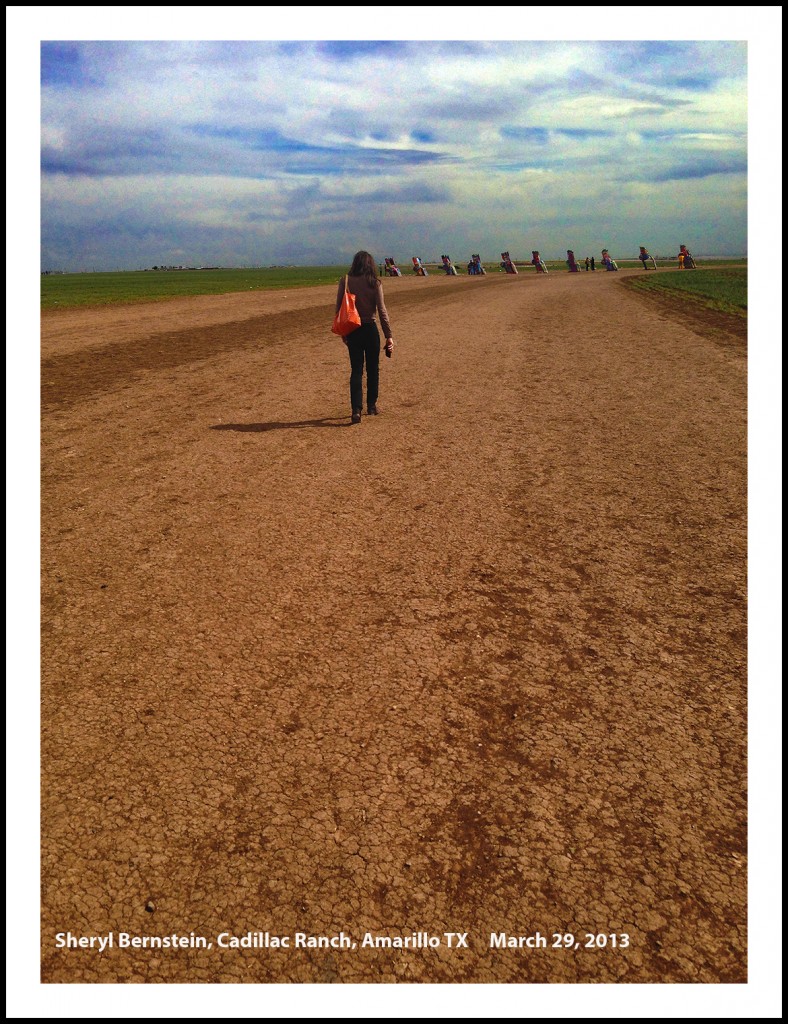 As our gardens come into bloom and butterflies beat colorful wings against turquoise skies, I am strangely obsessed with an acquaintance who claims to be “in transformation.” I doubt he will ever become a lizard, say. Or a tree. So what does he mean?

We transform ourselves when we lose or gain weight, change our hair, pluck, tweeze, make-up, shave, wear glasses and squeeze into Spanx, but is there such a thing as shapewear for our basic nature?

We all know people who are “working on becoming a better person,” but I’ve yet to meet one who’s said, “I worked really hard to become a better person, and now I am one. Don’t you just love me?” People tell you they’re in the process of losing weight and then one day, they’re svelte. Wouldn’t it then stand to reason that someone would come forth who’d put in the time and effort and actually transformed himself into betterness? I’d settle for a degree of self-improvement. “Oh, this is nothing. I used to be a much bigger asshole.” You never hear that, either.

You also don’t see formerly decent humans who’ve morphed into reprobates. “Remember how nice Mary used to be? Today she told me I looked fat in these jeans then she knocked me down and stole my purse.”

Abraham Maslow, a leading figure in humanistic psychology, developed a theory of self-actualization, which is to maximize your potential and do the best that you are capable of doing, examples of which, according to Maslow, are Abraham Lincoln and Albert Einstein. It’s not so much about transforming into a better person as becoming a happier one, because Maslow knew a leopard doesn’t change its spots.

Maslow’s theory is complex and detailed, so I’m going to focus on 7 traits of self-actualized people from Maslow’s book Motivation and Personality.

1. They accept themselves, together with all their flaws.

I think it’s important to point out that Maslow married his first cousin Bertha while she was still in high school, so this particular tenet may be a skosh self-serving. It also means that the hot guy who hypnotized you into bed while telling you “I’m a bad boy” in a low sexy growl, then never called you again, is just a self-actualized human; accepting, embracing and telegraphing his flaws. (PS If a person goes out of their way to tell you he or she is a bad person and you “shouldn’t get involved,” say ‘thank you’ then run fast as you can in the opposite direction. This is the one time that person is being completely truthful, and you ought to take advantage of it.)

I’m all for loving ourselves—warts, cellulite, PMS and all, but I think Maslow was referring to character flaws, and I’m not so sure that’s such a great thing to embrace in ourselves and accept in others. And no, you do not get to count “overly nice,” “overly generous” or “too good-looking and rich” as flaws. That would just make you sound like a dick, which is a flaw.

2. They enjoy the journey, not just the destination.

My decision to move back to Wisconsin after 20 years in Los Angeles was bittersweet. My friends, work…my life was in LA. It was time to return to my midwestern family, and I was ok with that, but my heart was breaking for all I was leaving behind. My friend Sheryl agreed to keep me company on the drive cross-country, and I am guessing, to delay our goodbyes.

The destination was going to be my home again, and I was looking forward to showing Sheryl where my weird sense of humor was born, my odd turns of phrase (hand me a piece of gum once) and my desire to marry cheese, but it was the road trip itself that was unforgettable. I have never laughed so hard, cried so much or been so grateful for a friend like Sheryl in all my life. The drive to Wisconsin was not really the journey at all. The journey is the friendship. The destination remains locked safely in our hearts.

3. While they are inherently unconventional, the self-actualized do not seek to shock or disturb.

This describes the giant Venezuelan Poodle Moth as much as a self-actualized person, but I get what Maslow’s driving at. Madonna, not so much. Gandhi, absolutely. Now apply to self.

4. They are motivated by growth, not by the satisfaction of needs.

This is evident when you think of Lincoln, Einstein and Gandhi—people who moved the needle on human advancement without sucking the oxygen out of the room. Imagine giving so much to the human race, and living simply? It’s hard to fathom, down in the muck with Kardashians, Trumps and Waltons.

How do we administer this in our own lives? Do good, and shut up about it. You’ll sleep like a baby. Do absolutely no good whatsoever, but satisfy your every pathetic need—please, remain just where you are. When the revolution comes you’ll be easy to find.

5. They are not troubled by the small things.

I think the difficulty here is our inability to recognize small things as small things. We all have triggers. Mine, apparently, are painted on my forehead like targets, in vivid neon paint for all trolls to see. I try not to obsess about the odd insult or sketchy text, but I often fall on my face and forget my mantra, “don’t sweat the small stuff.” The thing that gets me back on track is called perspective.

Spend five minutes on Facebook with people asking for prayers because their children have cancer, parents are dying, dogs have gone missing and kids are going off to war. That’ll self-actualize your ass in a hurry.

This may be the one area where I have achieved a small degree of self-actualization. I’m grateful for sweet Wisconsin summers, friends who lift me up when I’m down, the theory of relativity, acts of nonviolent civil disobedience, honesty, cheese, Spanx and everything in between, even trolls.

7. Despite all this, self-actualized people are not perfect.

“Have no fear of perfection. You’ll never reach it.” ~ Salvador Dali.

Happy birthday, Sheryl! You’ve made the journey so much sweeter. XO 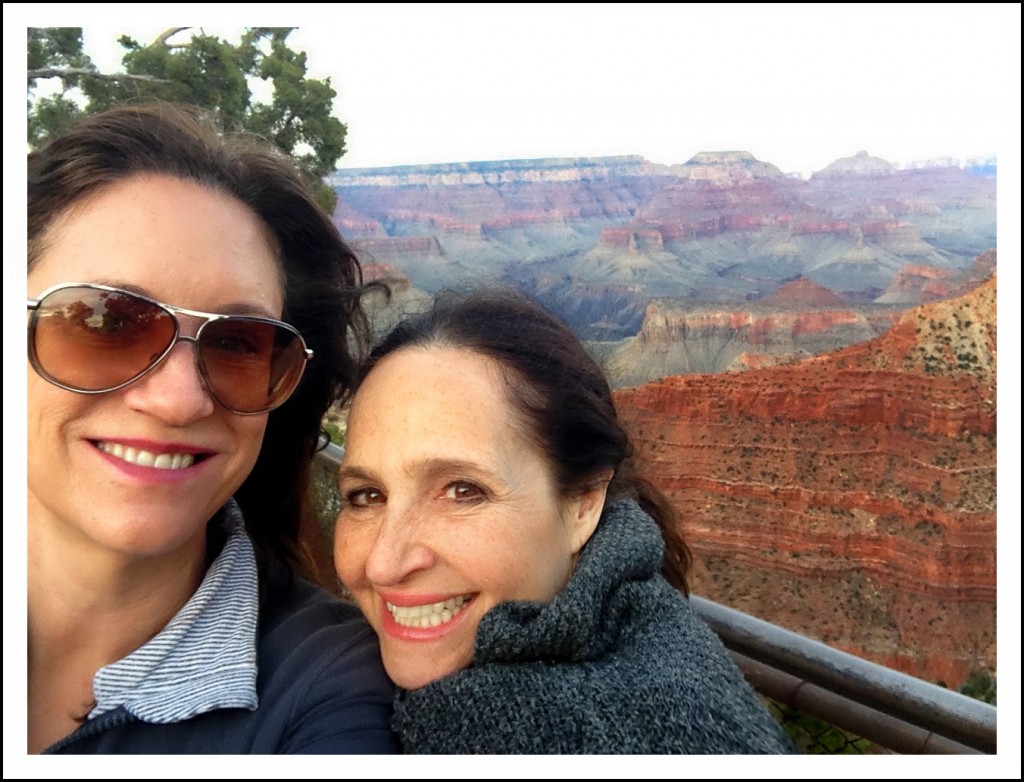