A Place of Love 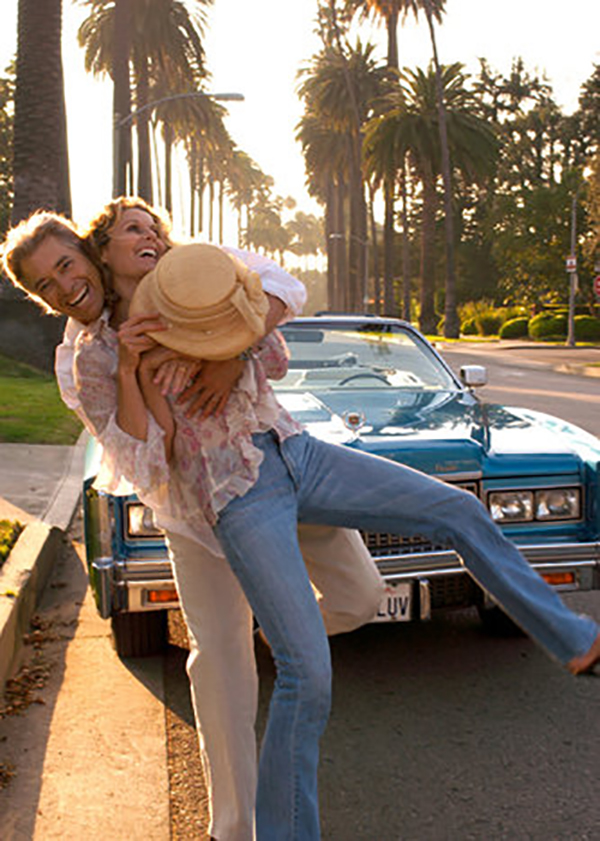 The most epic love story I know—first hand, eye witness, felt it—was that of Simone and Martin. They met, they mated for life. Tragically, only 18 years later, Martin passed away, but not before forever changing the landscape of love…for me.

Unless they devolve into tragedies, love stories in retrospect have the tendency to feel and sound corny like a 1980s movie with a scratchy soundtrack, but the real thing has a decidedly genuine quality that lacks sentimentality and yet explodes with emotion.

Cue the scratchy soundtrack for just a moment…Simone and Martin never had a cross word between them. They never slept apart from the very day they met. They positively radiated, and if you were having the worst day of your life and you spent five minutes in their company, possibility replaced woe and you’d find clarity exactly when you needed it most.

Yesterday I got slammed on Facebook for saying that counter protestors at white supremacy rallies are decent, moral people. I was called a troll, naïve, un-American, communist and a whore—in one fell swoop. To be honest, none of these appellations seems particularly offensive to me except the troll part and that’s only because my posts are not off topic. If they’re inflammatory, so be it. I think Nazis and the KKK and racists and anti Semites and people who are filled with hate for people who are not like them are the lowest, most vile waste of opposable thumbs in the universe.

I’m not sure you can love the hate out of someone anymore than you can beat the naughty out of a recalcitrant child. In my personal experience it certainly seems that violence begets violence and hatred begets hatred, so how do we change the world? How do we remain loving in the face of so much abject, unsolicited hatred? Simone and Martin’s love story provides the key.

After the initial wow of observing the most loving people on the globe I started paying attention to the how of them. Every single thing they did, whether together or apart (which was rare as they were almost always found in pairdom), was predicated on a really basic principal; love is the motivation for the action.

Naiveté is not something with which I am generally credited, so I don’t expect I can change or influence haters by virtue of my loving thoughts, but I can disengage from exchanges that don’t move the dial for either side. I can choose to fill the vacuum with positivity because, according to what I have learned from my dear friends Simone and Martin, that should generate more goodness—more love.

Simone and Martin made a choice every minute of every day to base every single thing they did…on love, and what that begat was simply more love until eventually it was like breathing—it required no forethought. It poured from them and floated out into the world where, if you were observant, you’d see it wash over everyone around them; we smiled more, hugged it out, were kind to one another.

Martin left us way too soon. Simone continues to electrify the space around her with her light and her love. And now, so many years after meeting them, I think I finally understand how to do it. The trick is gonna be in the practice.

To love will be different for everyone, which in and of itself will require coming from a place of love in order to accept. We needn’t suspend reality or common sense. We don’t have to tolerate haters, bigots or assholes. All that’s necessary for being a light instead of the opposite of light is the genuine desire to root all our decisions in love. When we do that suspicion and fear evaporate, and what is the basis for hatred but wariness of people who are different from us, and the uneasiness we feel when we don’t understand those differences?

When a person acts from love the world truly becomes a better place. How frickin’ simple is that.

This week I truly say it like I mean it, I loves ya.