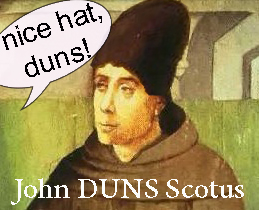 An eponym is a person, a place, or thing for whom or for which something is named, or believed to be named.

Example; theologian John DUNS Scotus, mocked and thought by many to be a nincompoop. Today, a nincompoop is a dunce.

In the mid 1800s, Amelia Jenks Bloomer, a suffragette and temperance advocate, donned the original form of granny underpants, modeled after pantaloons worn by women in the Middle East and Central Asia. Known as bloomers, these undergarments were subjected to ceaseless ridicule in the press and harassment on the street.

Considered a form of birth control, bloomers were banned by the Church in 1874. 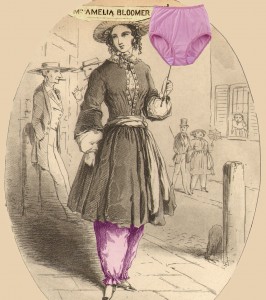 Over in Germany in the late 1800s, Rudolf Diesel, monkeying around with ammonia vapor and a Bunsen burner, was nearly blown up in one of his experiments to produce an alternative to gasoline. It could easily have gone another way, and truckers would be looking for the best price on something completely other than diesel.

The inspiration for the 1867 hit song “The Daring Young Man on the Flying Trapeze,” Jules Leotard, a French acrobat who developed the art of the trapeze, also invented a one-piece knitted garment streamlined to prevent his testicles from getting caught in the wires. It showed off his “physique” and impressed the ladies (according to Jules himself).

We have Monsieur Leotard to thank for the “yoga pant.” 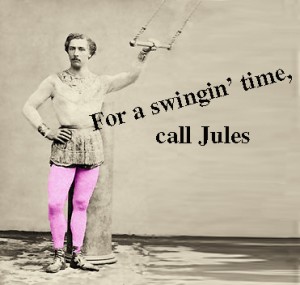 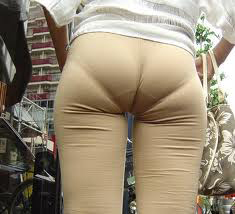 In September 2015, Martin Shkreli, a former hedge fund manager, acquired the rights to a widely used AIDS drug which cost $13.50 per dose when he bought the company, and which Shkreli increased to $750 per pill after he took over.

Today shkreli refers to the clumps of canine fecal matter stuck in the treads of a sneaker that can only be removed by ruining a perfectly good toothbrush or by the use of a professional grade pressure-washer.

Shkreli is also a verb. Slang. To defecate in one’s clothes, as from terror or illness; to soil oneself.

She was so shocked by the cost of her AIDS meds, she shkrelied her pants.

Walter Palmer, the soulless dentist who illegally killed a beloved lion in Zimbabwe, is responsible for the word micropalmer, a noun; an itty bitty penis accompanied by a larger than normal anus.

Used in a sentence; I’d be driving a Prius if it weren’t for my micropalmer.

We have New England Patriots quarterback Tom Brady to thank for the adjective bradulent; attended with, caused by, or suffering from an accumulation of gas or hot air.

The crybaby QB is also the essence of the verb brady; to release gas or hot air from balls, and also; to release oneself from integrity, honesty and sportsmanship.

Dude, did you brady to get an A or did you actually study for the math test?

See if you can guess the root of the eponyms in the following 3 sentences:

Sally and I can’t join you and Kelly for dinner at the club tomorrow because I will be busy duggaring my neighbor’s wife. Where, you ask? In the jong-un, of course.

It was the worst date in the world. All I kept thinking was ‘I shaved my putin for this’? He was so boring I wanted to simpsonize myself.

I was trumped on my head as a child and have no use for reality. The accident left me completely kanyed.

If you have eponyms to add, email me and I might just post them next week if I’m not too benghazied by the beautiful weather!