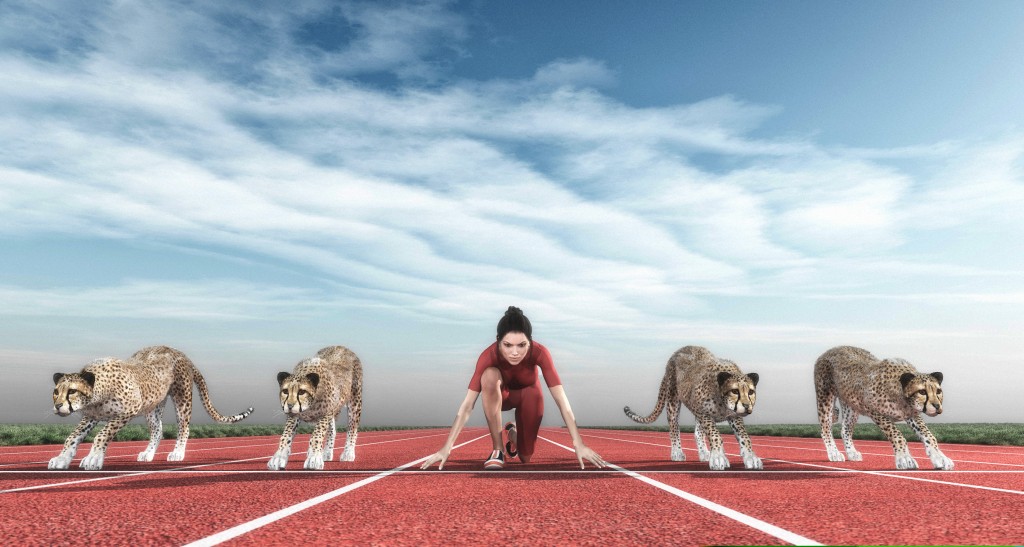 Every day I receive several emails trying to sell me books, webinars, seminars and workshops promising to teach me how I can change my life, my appearance, the way I eat, sleep and love, which begs the question of why I am being targeted by these ads. I feel like hitting reply and asking, ‘What have you heard?’

Admittedly, some of these “programs” pique my interest because frankly who wouldn’t want the giblets and jowls of a 20 year old without invasive surgery? But like the Nigerian nationals who have asked for my help in getting their $millions into the U.S., I much fear all these efforts to make me younger, smarter, thinner, taller and with super sexed up cavewoman blood coursing through my veins are a sham.

The most recent solicitation promised to show me the ways in which I could ferret out, stalk and bag any man I wanted. (It was phrased differently.) The protocol was simple enough. I’d have to change every single thing about myself. Then it occurred to me that even if I did all that I still wasn’t going to “share an intimate relationship” with Justin Trudeau, George Clooney or Kevin Hart (let’s face it, funny is every bit as sexy as sexy) unless by intimate what they meant to say was imaginary, in which case, sure, it could happen.

My curiosity got the best of me and I bought a book on how to repel a man just enough to make him want me. According to the author, men only want what they can’t have, so if you become just the right amount of repellant you should theoretically be able to snare a live one. The trick is walking the fine line between acceptably loathsome and outright disgusting. I’ve never been good with the fine points, so I don’t expect great results when I “lovingly insult him into submission.” I would expect to be shown the door and told to go fuck myself.

Why are we so desperate to change? I can’t think of a soul who doesn’t have days where she’d rather be…different, but does that mean she really wants to change the most basic things about the way she operates? I’ve made my share of blunders and if I could have even one do-over I’d really make it count (I’d halve the number of times I’ve been married, for example), but we don’t get leprechaun second chances and turbo time machines in real life. What we get are life lessons, which hopefully provide some sort of counter balance for future endeavors so that the next time a man says “I’m an asshole” we take him at his word and cheetah ourselves right out of his apartment.

I talk a lot about developing habits to make us nicer, kinder, more compassionate beings and yet when it comes to intimate relationships many of us are all thumbs and Groundhog Day. In any other scenario, like touching a molten cast iron skillet, we learn from being burned pretty much the first time it happens. Not so with love. Lust. Sex. Flourless chocolate cake. No matter the cost in calories or heartache, we go back for more seemingly unbothered by our own historical context. What is that?

My theory is that deep down we do love ourselves, and the thought of trying to shoe horn all that we are into a size smaller Loubie is repugnant. There is a special indignation I feel when someone tells me if I were only to refrain from cussing, get a job that doesn’t intimidate a man and stop dressing like I still live in L.A. then I would attract a decent guy. What I would attract is a guy who should be going after a woman who vaguely resembles me, but who doesn’t swear like a sailor, write like a motherfucker or enjoy surfing.

I think there’s nothing wrong with self-improvement, but the key here is the word self. If we lose that which is uniquely us—be it cockeyed optimism, hopeless romantic notions, a propensity for infatuation or simply being a lovable dufus, then we’re not self improving; we’re pretending to be someone else.

How many times have we met someone who seems like a good match—sincere, forthright, funny and kind only to discover he is rude to waiters, cheats at golf and loves his car more than his mom? We wonder how we got suckered in, why we didn’t see it from the start, how we could have been so blind. I’ll tell ya – dude pretended to be another version of himself in order to bag some lady goodness.

Absent from my inbox are tutorials on how to love myself more, better. Imagine if we all walked out the door tomorrow morning feeling invincible—not reminding ourselves to walk taller, eat less, smile more and for godssake don’t intimidate. The female self-improvement industrial complex is nefarious and for purely monetary reasons encourages us to view one another critically so that eventually we turn the prism on ourselves and then feed the kitty by buying into all the crap that has been manufactured to make us feel insecure in the first place.

I hate to burst any bubbles, but it is possible that there isn’t a lid for every pot, and maybe personal satisfaction, growth, achievement and happiness aren’t really predicated on cookware at all. Maybe you get all that stuff by simply loving and believing in your own unique quirky weird little self. Wouldn’t that be something? Vive liberte!