Everyone deserves a second chance. Not. 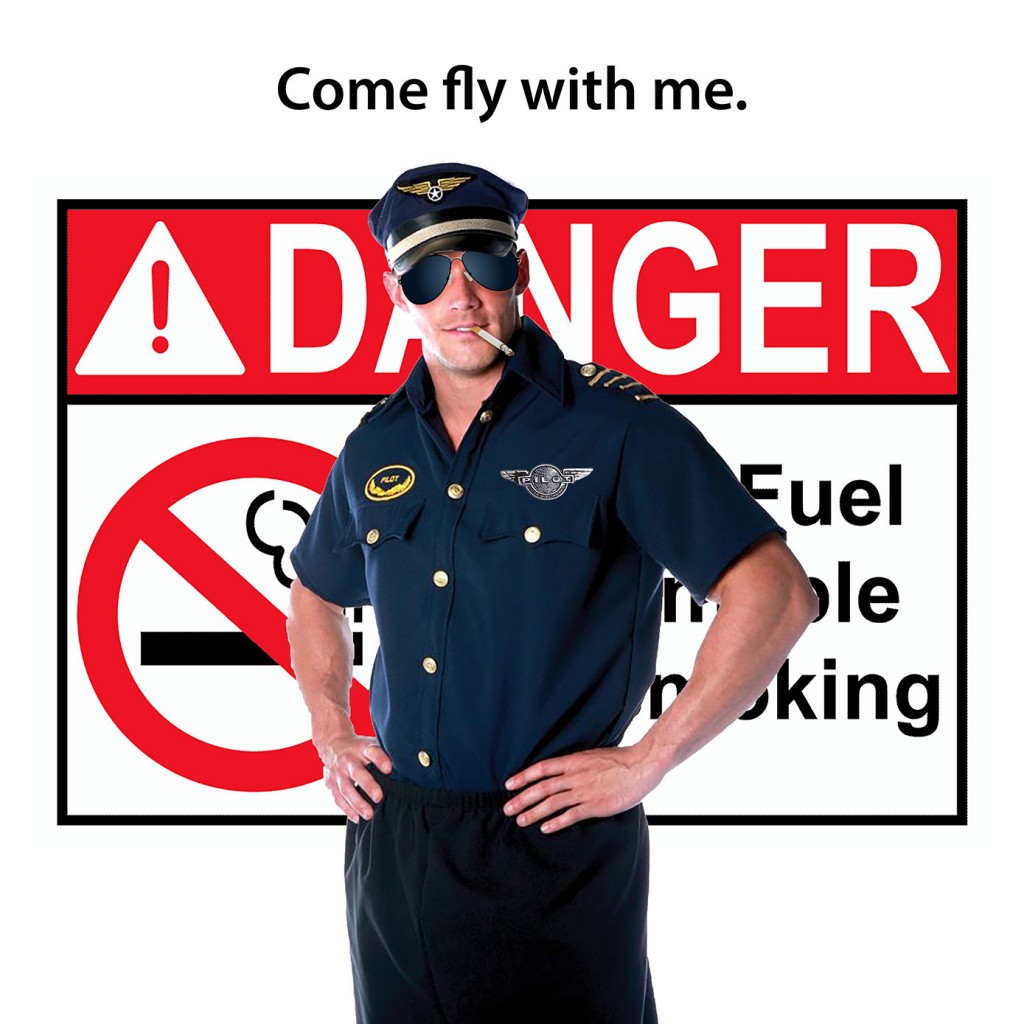 Seconds in lore are splendid. We’ve heard that love is better the second time around, factory seconds are almost as good as factory firsts and everyone deserves a second chance, but a lot of heartache, anxiety and brushes with death have been the result of giving people a second thwack at the piñata.

Many years ago I shot TV commercials for the Wisconsin Tourism Association. In spite of the fact there was a tiny budget, the art director from the ad agency insisted we get aerial footage. We couldn’t afford a “real” pilot and photo plane, so I found a fellow in Chicago who claimed to have flown numerous combat missions in ‘Nam,’ who owned a small helicopter, and was willing to work for about a tenth of what the other guys charged. What could go wrong?

After a day of shooting on the ground, I went to an airstrip in Bariboo, Wisconsin to meet Captain Yablonski, who was wearing what appeared to be a pilot’s Halloween costume, complete with little plastic wings like they give children on airplanes when they meet a real pilot. Captain’s hat tipped rakishly over the requisite “aviator” shades, a lit cigarette dangled from his lips as he filled the 1967 Bell Jet Ranger with jet fuel. Standing in front of a brightly painted sign that said NO SMOKING FLAMMABLE, Cap’n Yablonski assured me jet fuel was not, in fact, flammable. He didn’t look like a reliable authority, but I’m from Wisconsin where we are taught not to judge a book by its’ cover.

I would have been wise to run away at that point. Instead I was handed a filthy bath towel and told I must hold it under the motor while we were in the air, and alert the captain when it became so saturated that oil ran down my arm. (The motor is on the roof of the aircraft, which is not really what that flimsy piece of shit plexi bubble held together with baling wire and duct tape ought to have been called.) Oil dripping off my elbow was a sign it was time to “put down” and add oil. And still I climbed into the contraption, where I discovered more than a dozen filthy bath towels stacked neatly on the floor, with one airsick bag on top. (In fairness to me, I wasn’t the only imbecile flying way up high in the sky with a pilot whose wings read, “Future pilot of America.” The cinematographer got into the aircraft as well, although he was unaware of the severity of the oil leak as indicated by the tall stack of filthy towels.)

The art director who very much had wanted to ride in the helicopter with the cool kids suddenly decided he had work at the office, and ran away screaming, “I have children!” As for Yablonski, it is likely that if he had had offspring, they were killed in a helicopter or toaster accident. He was not qualified to operate either piece of equipment.

There was no radio onboard. “What for?” Yablonski said when I inquired about the standard communication device on a machine that flies from place to place in midair. “I have a cell phone,” he assured us. “Just as good.”

I’m no aviation expert. “Ok,” I said as the cameraman interrupted. “Is there a chute onboard?” he asked. I laughed nervously, now that we had all the bad stuff out of the way.

The plan was to fly about 385 miles north, grabbing some pretty late afternoon shots over the Wisconsin Dells en route to the Apostle Islands where we ‘d pick up stunning sunrise footage over Lake Superior. With its deep, cold waters and isles of dense Blue Spruce, it promised to be a visual symphony in glorious technicolor.

“How long will it take us to get to Hayward (where we planned to put down for the night)?” I asked.

“Damned if I know,” the captain said, lighting a cigarette and flying the helicopter with one hand and a knee.

“Pardon, “ I squawked into my headset. “Didn’t you file a flight plan?”

“What for? We pretty much follow the highway north to Duluth then go right.”

“And you don’t know how long it will take?”

“I’m banking on about two and a half hours,” he replied, half-certainly.

Mental calculations told me we’d have to whiz through the atmosphere at over 150 miles per hour to make it before dark, which was the only plan Yabolonski had, and which I later learned was likely the result of the aircraft’s inadequate lighting and instrumentation. 150mph seemed kind of fast, but again, I’m not an aviator. Sadly, neither was Leonard Yablonski.

The top speed of a Bell Jet Ranger that’s new and not held together with chewing gum is 138 mph. I’d ridden a bicycle downhill faster than our Bell Ranger flew. It grew dark, and I couldn’t help but notice there were no lights on the aircraft but for one on the nose, which pointed straight ahead—like a headlight, which seemed odd. It felt like more lights might be useful. Other than a tiny red light on our tail, we chugged through the night like a very loud invisible sewing machine.

After a few hours, I realized we were flying in circles, and I inquired about this alarming new phenomenon.

“Can’t find the airport,” El Capitan informed us. “We’re gonna have to put down in a field and make some calls. We are running on fumes.” And with that we began a rather rapid descent. It was black as the ace of spades below us, with no actual lights on the aircraft, and all. “Farmer’s field,” Yablonski reported as if reading my mind. “Relax.”

We’d already been through two bath towels, so I wasn’t in the mood to relax. I glanced out the window and bit the tip of my tongue off. “Waaaaaaa!” I screamed. I saw the reflection of the chopper beneath us, getting bigger by the second. “WAWA! WAWA!!!!!”

Twenty minutes later, in a cornfield where the cinematographer threatened to beat Yablonski to death with a tripod, a pick-up hurtled at us, barely coming to stop before a shotgun-wielding farmer jumped out, most probably expecting aliens. We explained the situation. He told us the guy who works at the airport turns out the lights and goes home at eleven, and would we like to come up to the house for some pie while we figured out what to do next.

Farmer’s wife wore a pink housecoat, pink slippers and had spongy pink rollers in her hair. She thought filming TV commercials was about the most glamorous thing imaginable even after I asked for some paper towels and lye with which to clean the motor oil off my arms. The volunteer fire department was called, and a convoy of fire trucks showed up about half an hour later. The plan was to fly over them as they guided us to the airstrip, which had indeed been shut down for the night. We really only needed one fire truck, but no one in those parts had seen a helicopter land in Fritz Kirschbaum’s field in the middle of the night before, and as comedy goes this was a downright rib-tickler. Mrs. Kirschbaum sent us off with some pie on a paper plate, covered over with foil, and all the way across the field, through the rows of corn, we could hear the volunteer firemen laughing at us.

A pilot friend of mine kept an old Suburban at the airstrip that we could use to get to the motel and back again in the morning. I snatched the keys from the ashtray and insisted on driving. Little did I know that at 12:45AM, our night was just beginning.

Stay tuned for Part II next week. If you enjoy the blog, tell your friends to subscribe. They’ll love you for it 😉