How to Win a Debate on Facebook (or anywhere) 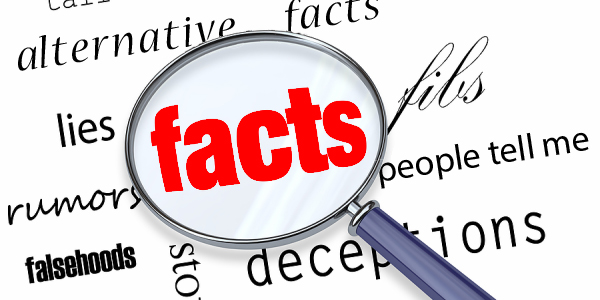 The national debate is on! Not that we haven’t been embroiled in a ginormous rhubarb for the last year or so, but now women have upped their game and for some reason that has gotten under the skin of the new president in a yuge way.

Three to five million women, children and men gathered all around the world—depending on sources—to protest Donald Trump’s policies toward, well, pretty much everything. Comprised predominantly of woman, people in pink hats called dibs on stuff that effects them, their children, mothers, sisters, families and future generations. Advocating for the human race in general, they demanded clean water and air, access to medicine, healthcare and family planning, enough food to feed their families and freedom from oppression in all its insidious forms.

According to Mr. Trump, between three and five million dead people, undocumented immigrants and Mr. Trump’s own political operatives voted illegally to give Hillary a three to five million-person victory in the popular vote.

Each time the estimate of protesters rose in the immediate aftermath of the Women’s March (it took some time for the feminists in InIttoqqortoormiit, Greenland to get word of their numbers to the mainland), Trump made that poor Mr. Spicer go out in front of everyone and lie about the number of people who attended his inauguration. Once Spicer established his willingness to do so, the poor schlub was doomed.

Sean Spicer spews alternative facts and swallows gum like a malnourished python, while his body language suggests he would rather not become a bloody footnote in a 3-part History Channel series called The Rise and Fall of the Trump Realm. The mic goes hot, Spicer’s shoulders go up and he repeats what he’s been told to say while his testicles retract into his sternum.

It seems there is consensus even among the Trump faithful that he may be a tad out of his depth both politically and psychologically. For example, during a discussion with my cousin who voted for Mr. Trump, he trumpeted the standard line, “People wanted something different,” but when “something different” was elucidated categorically by the crackpot ideas our new leader has put forth, and which have terrified only our allies and not a single enemy anywhere in the world but for perhaps an angry Kim Jog-un whose shipment of Trumpsteaks thawed in transit and went bad, my cousin said simply, “Oh, Trump’s a tool.”

It was off-handed and casual, like, ‘We’re so over him. Let’s move on.’ I think anyone who voted for Donald Trump because they couldn’t stand you-know-who has to own this guy until the bitter end when Greenpeace takes over and runs the U.S. government from a dinghy in Cape Cod Bay where they protect endangered whales and our constitutional rights.

Simply changing the subject when things get sticky or because you don’t have facts to back up your assertions is dishonest, yet this hooligan style of debate has swept America. Looked at Facebook lately?

There are only two kinds of honest intellectual debate:

Interjecting “Benghazi!” or “Remember the Alamo!” into a debate about climate change or women’s reproductive rights does little to persuade the other person of anything at all, and is more likely to make them want to join a protest group, donate to a protest group or start their own protest group, which I’m guessing is not the desired outcome.

Red herrings bang against the aluminum hull of truth like Asian carp on crack. “Oh, Lordy! Our poorest most violent cities are all run by democrats!” THWAP! You’re smacked in the head by a riled-up cyprinid.

First thing I did upon hearing about the liberal mayors from hell…for the seven millionth time, was to find out who runs our richest cities. Lordy! They’re all democrats! Every single one. Turns out the mayors of almost every big city in America—rich, poor, violent, peaceful and prosperous, from Salt Lake City to Houston—are all democrats.

I implore you not to take my word for it, or to take anyone’s word for anything. #fakenews is the most horrifying thing imaginable to this former journalism student, and I beg of you to do your homework before spreading, sharing or repeating information, memes and factoids you pick up on the internet or overhear at Hobby Lobby.

Using the example, “Our most violent inner cities are the product of liberal mayors,” allow me to show you how simple it is to obtain verifiable, unbiased facts:

We know Chicago and Detroit have big problems, and I think everyone is aware that the mayors of those cities are democrats, but did you know that Detroit, St. Louis, Memphis and Oakland top the list of American cities with the highest crime rates? According to Forbes, Chicago isn’t even in the top ten.

Lo and behold, our most crime-riddled cities are indeed run by democrats. The Baltimore Sun (Baltimore is #7 of the most violent cities in America) proclaimed in a recent headline, Urban America Should Give up on the Democrats.

In an effort to be unbiased, I googled the mayor of each city and not only the ones on the west or east coast—cities in traditionally blue states. (The list included cities in Texas, Utah, North Carolina—a broad spectrum covering the entire United States.) Once I had their names, I googled each mayor to learn to which party he or she belonged. Democrat. Democrat. Democrat x 20.

So while it is true that democrats run the poorest cities with the highest crime rates, the other half of that truth is that they also run the cities with the greatest wealth and prosperity.

News flash: the largest cities—rich or poor—have the most crime, while smaller cities and towns have the least.

The safest cities in America, regardless of income, are evenly split among mayors who are democrats and those who are republicans. The mayor of the #1 safest city—Irvine CA—is a republican, while the Chairman (the elected official who runs the city) of Arlington VA (the second safest city in the country) is a democrat, as is their Sheriff, btw.

All the way down the list of safest cities in America, we alternate between republicans and democratic mayors.

If the assertion is that poor, mostly minority groups vote democrat and that is the crux of urban crime, what do we say to the prosperous Americans in large cities who are thriving at the top of the heap under democratic mayors? Likewise, if the safest cities are split between democrat and republican mayors, what does that tell us?

I think it indicates a deeper discussion is needed—one with facts at the core. No matter how strongly I believe in some value or other, I am not allowed, by conscience, to present my opinion as fact unless it is actually, you know, true. Not half true. I hold all of us to the same standard. I hope you do the same.

You’ll never win a debate on Facebook, but I believe it is incumbent upon us to call people on their shit using the greatest weapon we have – let’s say it all together – FACTS!