In the Fading Light of the Coffee Klatch 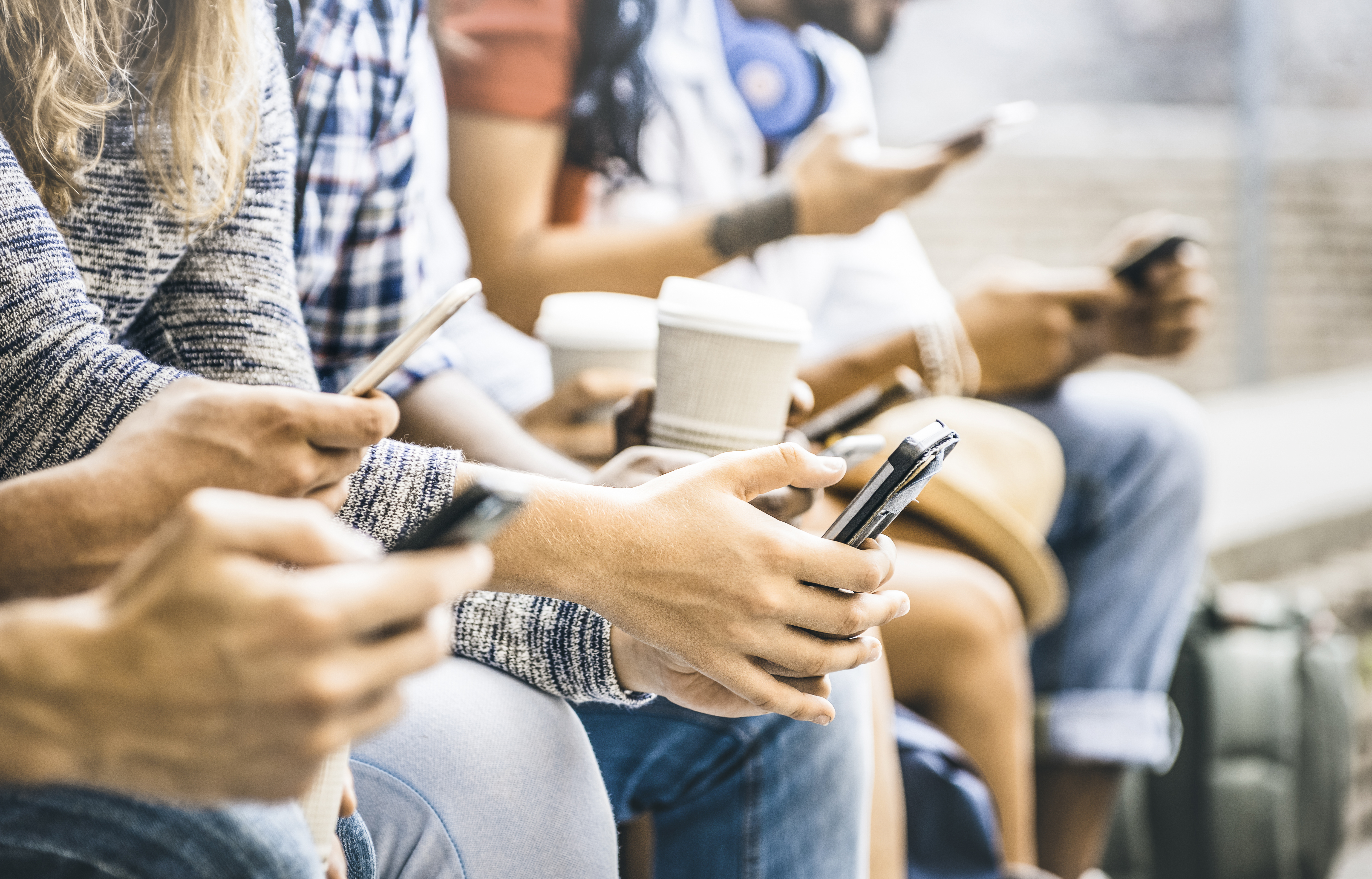 A long time ago, when dinosaurs roamed the earth (just ever-so-slightly pre-dating Real Housewives and miniature superhero lip balms), human adults gathered at a place called a coffee shop and they talked…to each other…using words they generated with the use of tongues, uvulae and lips; nary a clacking thumb in the mix. For real. People made eye contact and words came out of their mouths.

Some of these groups can still be found today in the coffee “roastery,” “café” or “house.” (Along with the proud tradition of verbal communication, the pedantic “shop” has apparently lost its appeal in favor of more shicky-Mickey words.) I personally know of two such groups, although rather than an espresso emporium, one of them convenes at a Greek restaurant that serves Italian, Japanese, German, Laotian and Texas BBQ 24/7.

My dad is part of a group of men who worked in advertising, who have gathered once a month for the past 35 years. The group had no nickname when they began getting together to talk about trends in the business, their own personal art (each was an artist outside of his professional work in the ad trade), scrappy clients and award-winning work. Now, as the gang has dwindled from 20 or so to six, over plates of lasagna and sauerbraten, they continue to discuss art and trends in advertising, but they have added medicine, healthcare and funerals to the mix. My dad and a couple of the fellas fondly call the meeting “old farts.”

The youngest old fart is 86. They all have smart phones, but as my pops points out, the guys are so old that no one takes his phone out at the table. What does that even look like, I wonder. A few weeks ago, my boyfriend and I decided to leave our phones at home when we went to dinner. In the middle of a controversy over crustaceans (we can debate absolutely anything), we did what any reasonable persons embroiled in such an analytical enterprise would do and we reached for our devices, sure we’d each unearth scientific evidence of our correctness. But no. We sat there like dummies; me, certain that the woodlouse is not in fact a crustacean, and he, equally certain that it is. (I should have known he was right. Who the hell makes a pronouncement about woodlice unless he totally knows the woodlouse is a frickin’ crustacean?)

I began to wonder whether the very shape and architecture of conversation had changed due to the accessibility of data. In olden times people might discuss the happenings of their day, leaving little room for research and all the room in the world for…talking.

“Pendelworth was fired today for embezzling from the employee picnic fund,” one’s partner might say, which sparked theories of intrigue and speculation on the amount of eggnog Pendelworth imbibed at the office holiday party. Today, we’d both whip out our phones to see whether Pendelworth had any priors, as though it would matter, until August, when the employees gathered around a splintered picnic table in a public park found themselves eating generic wieners instead of Monte Cristo sandwiches on brioche at a country club.

My boyfriend has been part of a coffee group for over 40 years. The venues have changed. Faces come and go, but a few of the stalwart remain. Occasionally I will join them on a Saturday morning at a local roastery; mostly, to observe. The reason for this is because the philosophical and intellectual nature of most of the discussions, pathetically, gives me the giggles and an overwhelming urge, when Marx, Chomsky and Normal Mailer are mentioned in the same breath, to ask whether anyone has seen the week’s cover of People Magazine. “I find Princess Markle to be both brilliant and contradictory, magnetic and dangerous,” I say with highbrow assuredness. (I hope they know I mean the English definition of brilliant, as in “those stilettos are brilliant on you, darling.”)

Back in the day, when the bf’s coffee group met at a coffee counter within the confines of a family-owned drugstore (paleontologists will eventually unearth such sites once Walmart and Starbucks have crumbled), someone could tuck away behind the New York Times until a juicy tidbit caught his ear at which time the paper would be lowered slowly, revealing the face—eyes in particular—of the person about to enter the conversation with a well-formed opinion. Imagine the cinematic charm of the scene. Now picture a person with crepey Google neck, furtively glancing up from his iPhone.

Also lacking in charm, thanks to technology, is the manner in which ideas are volleyed. Instead of relying on wits, intuition, education and memory, we scan a bottomless pit of electronic data until we find items here and there to shore up an argument, and like a machine playing an unemotional game of chess we state our case with conviction, but no heart.

A couple times a week I find myself in a coffee place. While waiting for my order I look at the people all around me, of every age, and I notice small groups here and there—people who obviously elect to meet at a specific time and place so they can…ignore one another. The person whose nose isn’t buried in a laptop, tablet or cell phone stands out like a burka at a Trump rally. My cousin in Croatia, where “have coffee” refers to any gathering of two or more people for the express purpose of verbal communication, assures me the love affair with electronic devices hasn’t poisoned their culture…yet.

My cuz and her dad visited for a week last summer and while we enjoyed sightseeing, family gatherings and evenings out, not once did she or her pops pull out their cellphones for any reason other than to take a picture, then the devices were returned to the dark recesses of a pocket or purse. At no time was a comment fact-checked. They didn’t consult Google Earth to learn exactly where we were at any given moment. We were together, and that was enough.

I can’t watch a film with my boyfriend without the annoying flare of his iPhone as he researches the director, the box office, who the stars studied with and the cinematographer’s philosophy of visual storytelling. He glances at the movie in a perfunctory way, glimpsing only enough to be sure it is still playing, and then to see whether there are any bare breasts on the screen, in which case he Googles whether they are real or store-bought.

I liked it better when we sat in the dark, eyes glued to the screen in a semi-somnambulistic state, riding the waves the filmmakers created; the spell of which goes poof with the light of a cellphone. I think looking someone in the eye when having a conversation is more important than quoting chapter and verse about arthropods, criminal records or saline v silicone.

In baby steps to beating my internet addiction, I’m off of Facebook now, which has freed up screen time for more important pursuits. I’ll let you know when I figure out what they are.