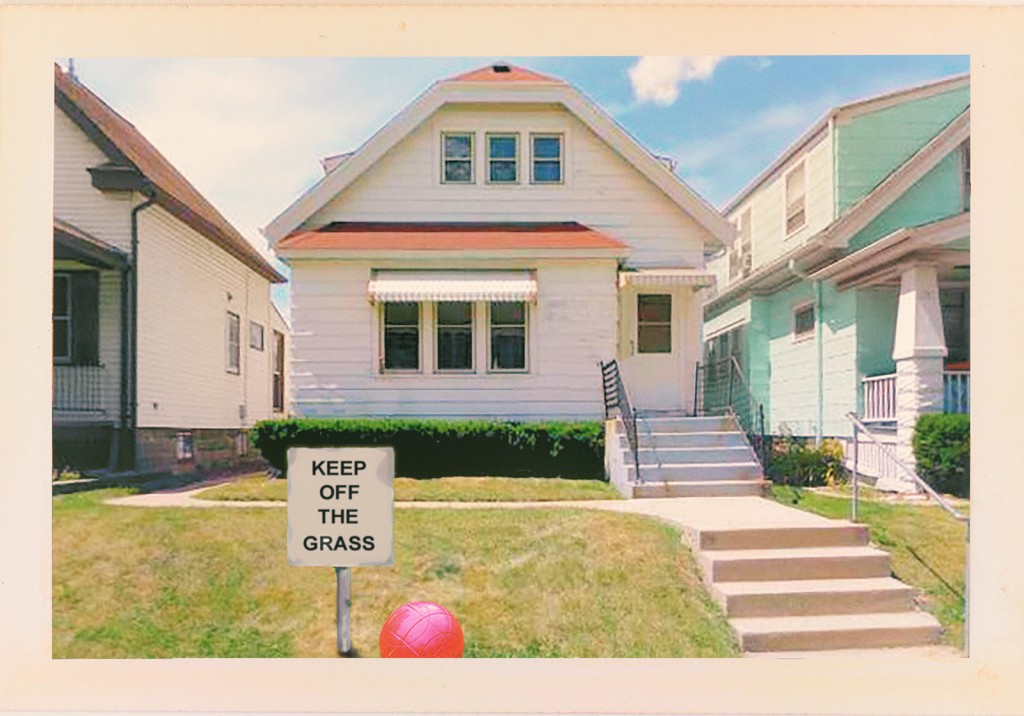 When I was kid growing up in West Allis, WI, a hard-working, blue-collar community just west of Milwaukee, there was a grouch who lived on our block, who’d keep your ball if it rolled onto his grass.

Our neighborhood was populated by small clapboard duplexes, many of which had been single-family homes until the attics were transformed into little income-producing apartments. People didn’t use fences, hedges or “landscaping” to create “private family retreats” on their postage stamp lots, so a kid could run from one end of the block to the other, across 16 yards, only occasionally having to hurdle a peony bush or two.

Mr. Krabowski lived smack in the middle of the block—a wrinkled, pinched, pointy, bitter and criminally hostile geezer. If your ball went on his grass you’d hear the chain coming off the inside of his front door, and you’d freeze in place, burgundy grape ICEE replacing the blood in your veins. A moment later the old crank would scuttle outside with a look of such utter disdain for the human race—children in particular—that we’d scream and run away, abandoning the ball altogether.

Even my parents wouldn’t talk to the old vulture. “Every block has one,” was all they’d say. My idea to place skateboards, roller skates, marbles and banana peels outside his door was met with incredulity. No one had the nerve to set foot on his property, and as any hijinks superhero will tell you, it is essential to position your props “just so” if you want someone to wipe out in the most fulfilling manner possible. (I had lots of great ideas back then, but I lacked the necessary staff and execution skills to pull them off.)

So we’d hide behind one of the huge elms that lined the street and watch Mr. Krabowski snatch the ball, shake it at the sky like an angry sharecropper with a boll weevil problem, and then shamble back inside clutching the ball as if he were expecting a late hit from Clay Matthews.

By then Jimmy Traut had usually wet his pants. Beverly Grossman was picking caterpillars off the tree bark, and eating them fast as she could, and the Deedie sisters had begun to slap each other across the face in a lively game of hit-you-harder.

No one was laughing at the time, because we didn’t have rich parents, and new balls weren’t a foregone conclusion when one was lost to an ornery crackpot with a nice lawn. We knew better than to complain to our folks over dinner, which often consisted of fried ring bologna and burnt lima beans—a specialty in our house. “Don’t bother him,” was the most they would say on the subject of the cantankerous creep two doors down. So we banded together—a tribe of bug eating, face swatting, pants wetting rug rats, united against a ball-thieving enemy.

There have been many Mr. Krabowskis in my life. Some were teachers, others co-workers, there was a condo board member, and one was a blind date. He was allegedly a “doctor” involved in some kind of “research.” He had long crusty yellow fingernails and a hairy wen in the middle of his forehead. Dr. Nosferatu was not only physically repulsive, he was also, worst of all, a big fat grouch.

He brought up politics almost immediately upon meeting. As luck would have it, my worldview did not align with Satan’s. He told me I was uneducated, naïve, stupid, and much too tall to wear high heels. As if watching an episode of Hoarders, I was powerless to move as he ordered dinner, and separate checks.

He complained loudly about the food, the service, my hairstyle, and “people’s children.” When I looked into his eyes, which was only for a nanosecond—it was hard to look away from the wen—I saw a closet full of balls taken from neighborhood kids.

No one was noshing on Lepidoptera or wetting their pants, that I could tell, but I felt like the waiter, bartender and other diners were all standing behind an elm tree with me, wishing for a bolt of lightning to explode a man’s head off.

Maybe that’s the whole reason natural selection and justifiable homicide haven’t eradicated the grumpy old cuss, the picklepuss, the a-hole; it gives the rest of us cause to stand with people we might not otherwise be friends with. If it weren’t for Mr. Krabowski, I’m pretty sure I would have run the other way from a girl my own age, who ate bugs.

I wish I could say that Mr. Krabowski taught me how to get along with people like Mr. Krabowski, but it didn’t, because there is no getting along with people whose sole purpose in life is to steal your balls, which is clearly a metaphor for something. No sideways glance from a waiter, well-constructed email, or call from the president of the condo association is going to convince a meanie to be nice.

All we can do is hide behind the giant elms of life with our friends, old and new, and laugh at the absurdity. Every block has one.