The Majesty (and restorative powers) of Bruce Springsteen 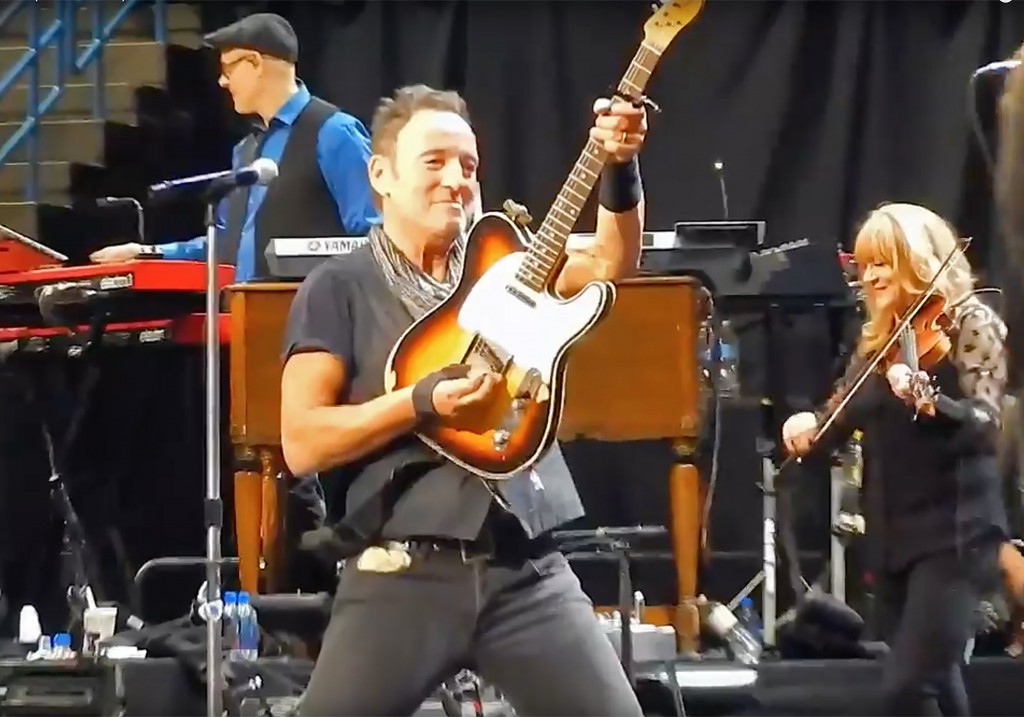 Otherwise entitled How Rock ‘n’ Roll Saved My Life, or At Least Made a Super Sucky Week Less Sucky.

It was seven solid days of wall-to-wall #CharlotteMoments. Friends, whom I was counting on, let me down. Technology went kaflooey, giving every indication my machines had become inhabited by demonic pucks. With a major proposal hanging in the balance, each printer in the house, of which there are half a dozen, decided they would latch onto the wireless signal at the same time, therefore rendering printing impossible. Six wireless printers all said, “printer in use,” and yet, not one would print.

Ever seen the Seinfeld episode (there is one for every situation in life) where, depending on the lighting, Jerry’s girlfriend either looks pretty or completely hideous, like a monster? This was my experience as we shot the video portion of my “major proposal.” Unfortunately, the result was the latter, and I look like a cross between Sasquatch and the original black and white Frankenstein, complete with the black lines under my eyes and odd protrusions poking out of my neck region. It goes by kind of quickly in the video—a tender mercy—but there is a hump on my back, as well. The purpose of the video, I believe, is to show my potential employers that I am not a drooling Neanderthal. My video achieved perfect oppositeness.

Like the wretched smatch of beetle dung or milk that has turned, my entire week was sour, bitter, and in dire need of a palette cleanser—a minty sorbet to take away the putrid, and leave my spiritual taste buds open to something good again. And then, on E Street, it happened.

I was 17 again. It’s not as though the years just melted away, fading gently into the night. It was more like they were sandblasted. The excitement that rises up from deep in your soul when you just know something utterly wonderful is about to happen overtook every fiber in my being, and I danced like life would only ever be good, summer would last forever, and rock ‘n’ roll would always be this glorious.

Everyone who writes about a Springsteen show mentions a “revival meeting” quality, calling out the Boss for his preacher-like monologues and innate ability to get “the flock” whipped into a religious-like fervor.

I like to think of the three and a half hours as an ablution during which this man and his music breathed life back into my weary heart, and literally revived me. By the time the show was over I was restored in every way. The suckiness of the week had disappeared, vaporized by something really loud and really powerful: the majesty, the mystery, the ministry of rock ‘n’ roll.

My 89-year old mom went to the show with me, and although she brought earplugs, she never put them in. Her only regret was that the Boss didn’t pull her up on stage during Dancing in the Dark. The bottomless well of good will and vitality never runs dry on E Street. Thanks, Bruce. Rock on.