The Top 5 Things Living People Want to Tell YOU 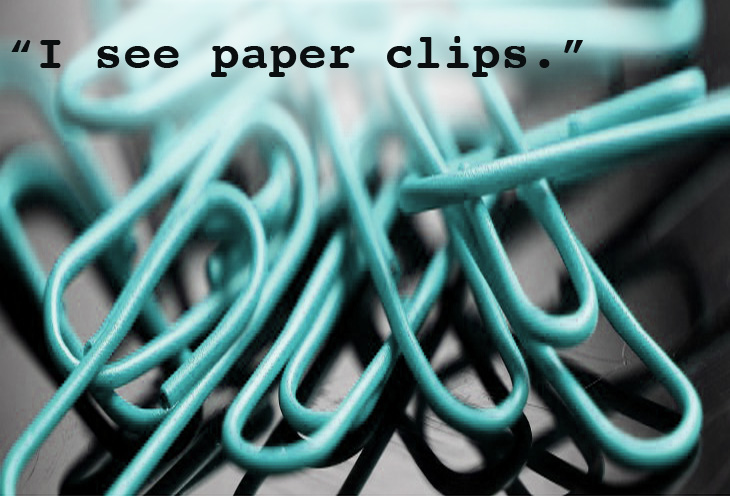 I’ve been thinking a lot about death lately, and what lessons might be learned from the passing of a loved one. I try to remember all the advice my mom gave me over the years—some spoken and a lot that I picked up by observing her. She left enough good lessons to fill a book, which I mentioned to a friend the other day. Imagine my shock upon hearing she was reading a book called The Top Ten Things Dead People Want to Tell YOU.

I volunteer as the president of a small fine art photography organization, so I have living breathing board members, regular members and people who think someday, if I do A, B and C, they might then become members telling me stuff all day long. (Weekends and nights included.) Add to that my dad, who is the leading authority on most stuff as he reminds me constantly that he is very old and therefore very wise, various family members possessing various degrees of perspicacity, tons of friends, business associates, editors, readers, a massage therapist, medical professionals, my mom’s friends, strangers on Facebook and a waitress at our local fish fry joint who all want to tell me what to do, how to do it, why I need to do it, where to do it, with whom I should do it and what will happen if I don’t do it. And now I should add dead people to the list of folks who have something to tell me.

In a super condensed nutshell, here’s a sampling of Mike Dooley’s top ten list of items the dearly departed wish to tell us:

My eyes are rolling so far back in my head I can see the guy at the table behind me pretending to write a script at Starbucks, and all I can think is why the hell didn’t I come up with this first? (The same thought I had upon glancing for the first time at the cover of Chicken Soup for the Soul, a favorite of my dear Aunt Grace who also collected Wizard of Oz Franklin Mint plates and Shirley Temple memorabilia.)

I don’t know if dead people really want to tell us our pets are as crazy “there” as they were here, but it’s a lovely thought—Delgado and Thelma stealing hamburgers and ripping skunks in two. I’m just not 100% convinced the deceased are dying to tell us anything now that they’re gone. Given my experience, people are plenty happy to do it while they’re alive and can literally text, yell, email or phone in their advice, critiques, comments, arguments, opinions and #fakenews. Sure, you can’t talk back to someone who’s met her maker, but the dead also can’t keep arguing with you until you bang your head on the table and ask the waiter for an order of cyanide pancakes so you can be dead and not have to be told anything further by anyone, including other dead people.

Nah, I don’t think the dead have a big long list of stuff they want to tell us, unless it’s the combination to a safe that contains a few million in unmarked Benjamins, or that there was a large insurance policy they never told you about, naming you beneficiary, or most importantly, that I am actually an aristocrat with a title and land holdings in Worchesterchestshiresham. You’d hope, if they were able, that the people who precede us in death would make a sincere effort to communicate important information such as I just mentioned. Otherwise, I’m not feeling it from them.

Living people, however, sometimes have good suggestions. Here are a few I’ve collected:

It is perfectly acceptable to color outside the lines, but just because you’ve got a shiny F150, or a Maserati, does not make it cool to park on an angle, taking two spots, because you don’t want your doors dinged. Even though a dead person allegedly said there is no devil or hell, I promise you there is a special place for people who take two parking spots, and it is completely uninhabitable like the Gobi desert or Flint, Michigan.

2.  Go easy on the perfume and cologne.

I recently got into an empty elevator, well not exactly empty—it was filled with sweet, sweet baby Jesus oh-so-sweet Giorgio perfume. It’s eau d’ offensive when you’re not even there and I end up smelling like you for the rest of the day.

Men, same goes for you. I used to work with a man who wore a copious amount of Brut aftershave. If you used the telephone on his desk for any reason, or he used yours, the fulminating power of Brut clung to the handset like the specter of death itself, making it impossible to make a call or answer one without gacking.

3.  You never need to buy paperclips.

I shouldn’t share this one with you because once you start taking my advice I will be screwed. The deal is, look down, look around, sweep up all the loose paperclips. They are everywhere. I use many paperclips daily and haven’t bought one since 1988.

I’ve said this before, but it bears repeating. Go with your gut. Do not second guess yourself. I should have listened to the voice in my head when it said “don’t marry that one, for sure don’t marry that one, the mussels do smell funny, buy Apple, and go to Froedtert Hospital; they’ll know what to do.”

We’ve been developing and sharpening our instincts in constant human evolution. Google sense and thinking “what would a Kardashian do” are relatively new tools in our quest to thrive and remain alive, and may not be as rock solid as a skill set nature itself has been honing on our behalf for the past two million years. Seriously, trust your gut.

My mom kept this poem on the fridge for as long as I can remember.

When I am an old woman I shall wear purple

With a red hat which doesn’t go, and doesn’t suit me.

And I shall spend my pension on brandy and summer gloves

And satin sandals, and say we’ve no money for butter.

I shall sit down on the pavement when I’m tired

And gobble up samples in shops and press alarm bells

And run my stick along the public railings

And make up for the sobriety of my youth.

I shall go out in my slippers in the rain

And pick flowers in other people’s gardens And learn to spit.

You can wear terrible shirts and grow more fat

And eat three pounds of sausages at a go

Or only bread and pickle for a week

And hoard pens and pencils and beermats and things in boxes.

But now we must have clothes that keep us dry

And pay our rent and not swear in the street

And set a good example for the children.

We must have friends to dinner and read the papers.

But maybe I ought to practice a little now?

So people who know me are not too shocked and surprised

When suddenly I am old, and start to wear purple. 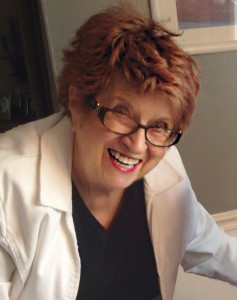