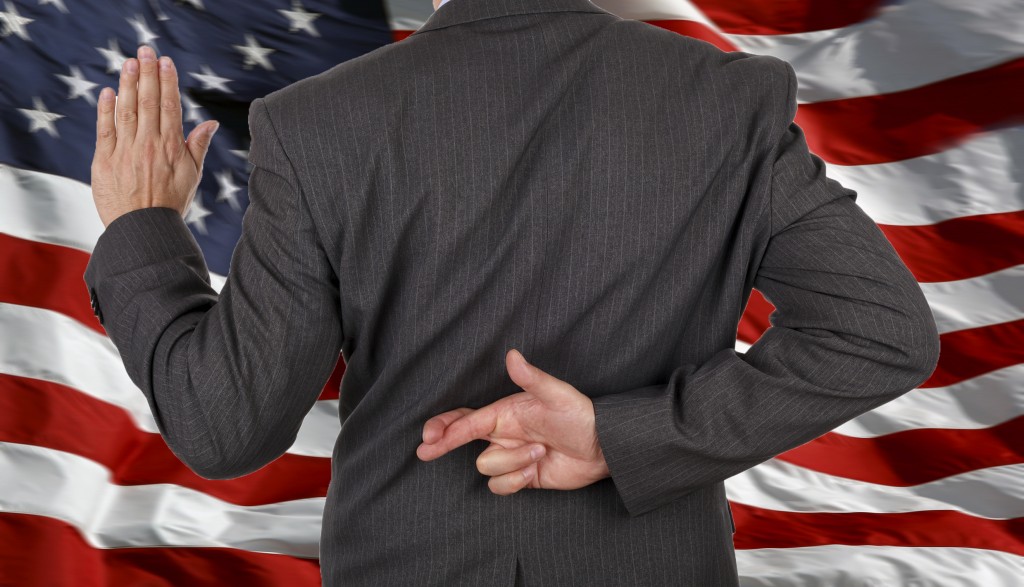 “All the truth in the world adds up to one big lie.” Bob Dylan, from Things have Changed.

In the second grade when we finished a test we were made to stand beside our desks while the teacher walked up and down the aisles checking our work. One day, upon completing a spelling test, I glanced down at my paper and saw that I misspelled the word ninety. I quickly corrected my answer.

When Sister Melmarie got to my desk, her eyes narrowed. “Did you cheat on your test, Pamela?” she asked, accusation dripping from her wimple.

I stood there with 30 pairs of seven-year-old Catholic eyes upon me, thinking to myself I knew the answer. I just missed a letter, which I have now added. What in the hell is this broad’s problem?

“No,” I replied. I hadn’t copied from someone else’s test, I reasoned. I hadn’t cheated. I just squeezed an e in.

Sister grabbed me by the yoke of my plaid, pleated uniform and yanked me into the hall. “I want you to close your eyes and ask baby Jesus for forgiveness if you have lied,” she admonished, putting her face so closely to mine that I could smell communion wafer and what I assumed to be sacramental wine on her breath.

I wouldn’t have closed my eyes if a wasp had landed on my cornea. I stared defiantly at Sister Melmarie, but I did blink once, and in that instant I apologized to the baby Jesus in case he thought I had lied, but I hadn’t because I did not cheat. I knew the correct spelling of 90. I wanted to be clear with the lil guy as I had heard he could send me to purgatory if he felt like it and I did not want to float around for god knows how long—until the second coming—whenever that was going to happen (no one has ever been clear or correct on the exact time and date), with a bunch of unbaptized babies and other sinners whose fault it was not really that they were there.

“You will go to hell if you don’t close your eyes and tell Jesus you’re sorry,” she insisted, a layer of sweat forming on her upper lip as she bored a hole into my skull with her gaze. Hell? This nun was taking no prisoners. Nonetheless, I maintained the cool, eyelidless stare of a lobster. Had I the lawyerly skills then, which I have since acquired by paying special attention to the order part of Law and Order, I might have redirected and asked about her exact definition of cheating, but I just stood there with my eyeballs drying out.

“Very well,” she snapped when she realized I was never going to cave. She swatted me across my legs to hurry me back into the classroom as she got in one final shot. “I want you to think about what you’ve done here.”

I’d just lied my ass off with a straight face.

As lies go, it was a minor, victimless crime—correcting the spelling of a word on a second grade test, yet it bugs me 20 years later. (Once you start, lying becomes easier and easier.)

Since then I’ve had to forgo lying altogether (‘cept for about my age) because I don’t have the mental strongbox that allows me to keep track of shit I’ve said, so telling untruths would cause indigestion, anxiety and an overall sense of utter confusion. I said what when? That sort of thing.

There are white lies; little fictions meant to make others feel slim in their True Religions, smart, loved or like they can cook. I image there are grey lies, although you don’t hear much about them. “Yes, I remembered to pick up the diapers,” a woman snaps, pulling a U-turn and hauling ass back to Target for the Pampers she had forgotten because Target had just gotten in a very limited supply of Missoni dresses and of course she temporarily forgot she had a baby at home hello she is only human.

Then there are black lies—those whoppers politicians tell while evidence to the contrary plays out right behind them for all the world to see. It’s like the guy who gets caught with another woman, looks up at his wife standing at the foot of the bed, jumps up, naked, and says, “I did not have sex with that woman.”

“Aw, they all do it,” we say offhandedly about our leaders. “It’s part of the game.” Next time your fourteen year old says she did not take the Suburban out and get it stuck in a swamp and has no idea how it got there or why the police found it with her purse on the backseat, see if you feel as charitable toward her as you do toward the  guy who tells you he’s for family values as they’re hauling him off to jail for having sex in an airport restroom with a methamphetamine dealer/male prostitute named Betty. “Kids will be kids,” you could tell yourself. “It’s part of the game.”

I’m guessing we hold our children, spouses, friends, coworkers and the barista at Starbucks more accountable for what they say than the people who actually effectuate changes in the world. Maybe not all their lies will kill us…exactly, but the best case scenario is that politicians are simply a really bad example for our children, in which case the best case is also a really bad case.

Used to be you could tell a child, with your head held high and a tear in your eye, “If you study and work hard, develop good leadership skills and always do the right thing, some day you could be President of the United States.”

The bar is substantially lower these days.