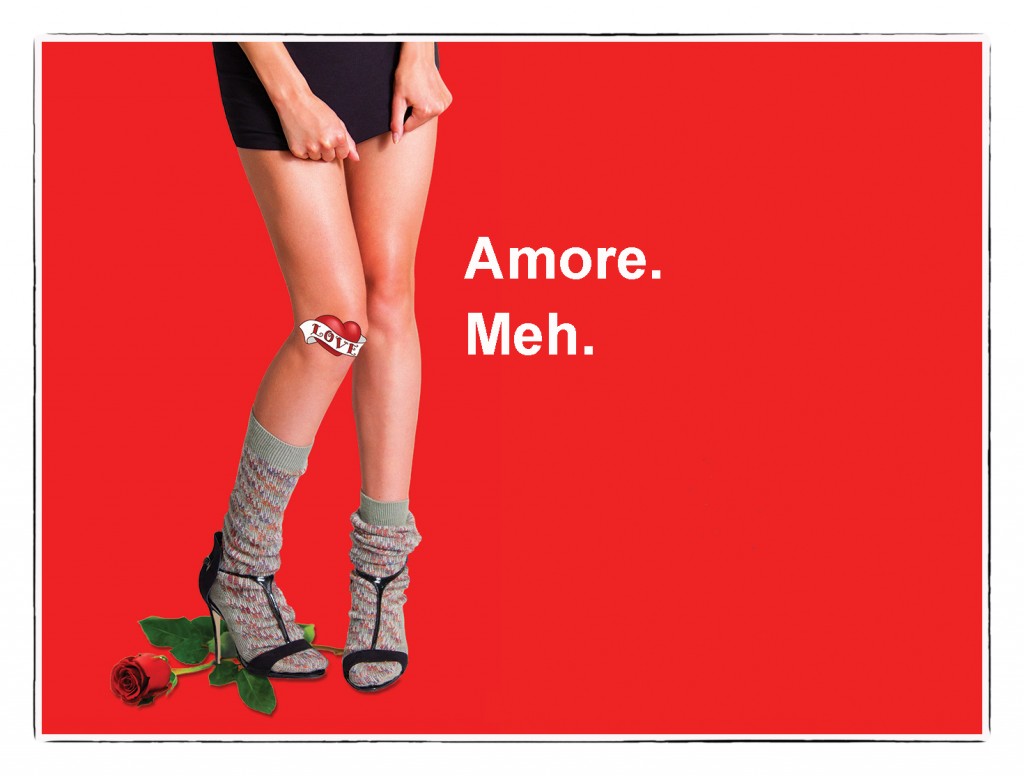 There are two holidays I used to have a love/hate relationship with: New Year’s Eve and Valentine’s Day. This was when I was younger, and there was an expectation that the events of both nights would go down in history, respectively, as THE MOST FUN EVER and THE MOST ROMANTIC EVER.

Now I’m pretty meh toward both. This is a function of having lived through years of disappointment every December 31st and February 14th since the time I was twelve, and did not get a “Be My Valentine” card from Jeff Sordman—the only boy in school I liked. He gave a Valentine to Suzie Schnitzer instead. I sensed he was barking up the wrong tree with her, which I came to understand a few years later, when in college, Schnitzer came out. (How’d that work out for you, Jeffie?)

I can’t even count the New Year’s Eves that went down in flames, and not in a good way. After about five or six years of disastrous New Year’s Eves, I started to notice a pattern. In the days leading up to the “big night,” the guy’s ardor would begin to cool. 10x a day phone calls dwindled to one or two texts that mainly consisted of “TTYL.”

If I am honest, I knew even then my new dress, shoes and perfume would not find me at midnight on December 31st, dancing in the moonlight with my love, exchanging bodily fluids by 12:15A. I felt it in my gut, but told myself the clothes and Sarah Jessica Parker’s Lovely spritzed liberally on my neck were irresistible, and who on earth would break up with a person the day of New Year’s Eve? I don’t want to sound too pathetic, so let’s just say their numbers are in double digits.

People have suggested that guys do this as a slick way of being cheap, but I don’t think that’s it. Why would anyone throw out a perfectly good girlfriend just to save a couple hundred bucks? Which brings us to Valentine’s Day. Take the exact same scenario as New Year’s Eve, add lingerie, and boom.

“I think we both know this isn’t going anywhere,” he would begin, and I would think, Oh hell, yes it is. It is going to dinner and then…

And again, people tell me that getting broken up with on February 13th is a maneuver devised to save the cost of flowers, chocolate and dinner. Never mind we’ve spent twice that on Victoria’s Secret and bikini wax.

The reason guys choke, I believe, is that there is too much pressure to be “in love” on these holidays. And I don’t mean in love, like with Manolo Blahnik or Scarlett Johansson. I mean in love with…gulp…each other. Seriously, there is only one conclusion a person can draw from a heart-filled, Cupidly jubilee that encourages people to wear insufficient undergarments and skyscraper high heels. It is that big pizza pie called amore.

Guys are scared to even say the words I love you, yet on this particular day they’re supposed to express it with chocolate, flowers and Cruel Intentions by Kilian. (I’m just sayin’, you know, in case someone did want to say the “L” word with fragrance.)

This Valentine’s Day I have outsmarted the goddesses of doom, as I have three guys that I am dating, one of whom is sure to step up and make this a nice, no pressure, chill V-day.

There’s my go-to weasel (did I say that out loud?) Joey—he’s broke, slightly dim and always on the make, but sexy as hell. I recently met a nice plastic surgeon, Dr. Dirk Belmont, and he has taken a shining to me. As he is a physician, I am fairly certain he knows his way around a girl’s heart.

And lastly, Kwan. This guy. (Cue eye roll.) He shows up with Chinese food I didn’t even order, then he babbles about good luck and bad luck and mandarin ducks that are supposed to represent boom-shaka-laka. I don’t know what to make of him, but eggrolls are an excellent choice for any special occasion.

Anyway, I think we should all just relax on Valentine’s Day. Don’t expect proclamations of love or bejeweled underpants and we are good to go. That is my story and I am sticking to it.

Wishing you a happy Valentine’s Day!