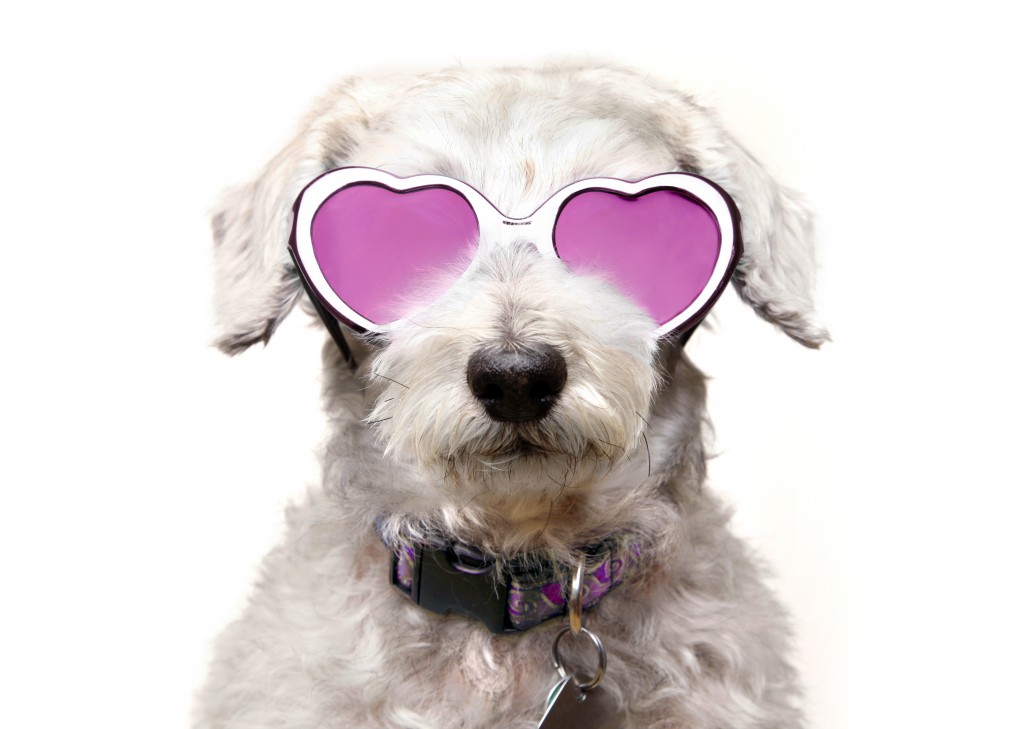 Researchers at UCLA believe they are close to identifying a gene that determines a person’s psychological “resources”—optimism, self-esteem and mastery (the feeling that you can master your environment and achieve what you want). These 3 resources have been shown to help people weather stressful events and beat back depression. Because these traits tend to run in families, scientists had suspected a genetic component.

I am the most optimistic person I know. As a matter of fact, I’ve been accused of having my head up my ass; I am always so certain things will work out just fine. And yet my parents were not the most optimistic on earth. Both firmly believed that success comes only with hard work and if you’re lucky…a bit of good luck. In terms of “see it be it” and the laws of attraction, not so much.

Both my grandmothers were fatalists. From the day she turned 62, Grandma Ferderbar, when asked, “How are you, grandma,” would inform you that this would be her last year on earth. Her (pick one or mix and match) heart, stomach, brain, liver—were killing her. She lived to be 98—in relatively good health until the very end when passed away peacefully in her sleep.

Grandma Rose, my mom’s mom, saw danger in every shadow. A brave soul who crossed the ocean as cargo on a freighter, from Eastern Europe to Ellis Island, at the age of 17 and all by herself, was fed a litany of misinformation and alternative facts en route so preposterous they could have been fabricated by Sean Spicer, but were relayed to grandma via kvetches in babushkas—kinda the same thing really, without a podium.

“Avoid stepping on sidewalk grates. There are slave traders underneath just waiting for a girl like you.” Being sold into “white slavery” was a predominant theme in my grandma’s repertoire of potential calamities, and she feared for our safety until she passed away at the age of 99. Other than a few bad marriages and a timeshare fiasco, none of us have thus far been enslaved.

So where does my cockeyed optimism come from? (Only in Latin is it incorrect to end a sentence with a preposition. Churchill knew it when he said sarcastically, “Ending a sentence with a preposition is something up with which I will not put.”) Perhaps my sense of optimism comes from Winston Churchill, which is also where I go for political humor and scorching bon mots.

I digress. (Have you ever noticed how much Boxer dogs all look exactly like Churchill?) If it’s not genetic, is optimism a cultivated trait? And if so, what were the factors that contributed to my big fat rose colored glasses? I can’t identify exactly what it was, but I can tell you what is wasn’t about my formative years that may sweetened the kitty of my outlook; Catholic grade school.

We were not encouraged to be happy. Our mental wellbeing was of no concern—the polar opposite of the “everyone wins a trophy” pathology prevalent today. Zero shits were given for self-esteem, how well we socialized with others or how we felt, unless we were feeling sick, in which case John the janitor would be summoned to bring a coffee can full of Voban Vomit Absorbent, a sickeningly sweet pink sawdust thrown on vomit meant to prevent a catastrophic chain event from occurring in the classroom or at Mass, but which itself triggered the gag reflex.

Abject fear, loose bowels, anxiety and the desire to make it from grade to grade and out were about the best we could “hope for.” It was really more about survival (physically and existentially) than optimism. It was in the sixth grade that I began listening to Lou Reed, Bob Dylan, Janis Joplin and the Stones. Until then you might have argued that a steady diet of bubble gum pop influenced my outlook to the extent I believed a brand new pair of roller skates and a brand new key would bring me life everlasting and joy unparalleled, but in fact I was a clumsy child prone to falling down even when I didn’t have wheels strapped to my feet. I wasn’t a pessimist so much as realistic about my limitations.

Hopefulness and idealism are not exactly words one associates with Lou and Bob, and it only got worse in high school when I began reading Rimbaud, Dylan Thomas, T.S. Eliot and Steinbeck. Funnily enough, it was at just this time I began to feel a warmth in the pit of my being—an inner heat that suggested a whole world of possibility was at my fingertips. I realized words could set me free.

Through the simple, elegant arrangement of words, I discovered that ugliness and sorrow could be managed; made sense of. I became painfully aware that great poets and authors had to work very hard to find the right vocabulary to fathom suffering, loneliness and grief—then to arrange it in such a way as to wrest some of the power away from the things that kill the soul of a man.

Even those who lost the ultimate battle with depression had moments of great clarity and joy—you can feel it when you read certain passages, and I am absolutely sure that in those moments, when they beheld their own formidable words laid end to end in sheer perfection, they felt optimism, a sense of wonder—perhaps even elation.

I’ve shared it before, but the following poem—a simple arrangement of words so powerful—has brought just enough light to me in moments of grief, anxiety and darkness, to chase away the shadows. And it has always left me with an overwhelming sense of optimism.

The Peace of Wild Things

When despair for the world grows in me

and I wake in the night at the least sound

in fear of what my life and my children’s lives may be,

I go and lie down where the wood drake

rests in his beauty on the water,

and the great heron feeds.

I come into the peace of wild things

who do not tax their lives with forethought

of grief. I come into the presence of still water.

And I feel above me the day-blind stars

waiting with their light. For a time

I rest in the grace of the world, and am free.

Don’t miss a single word! Subscribe to Pam’s blog at the top of the page.