What Lawyers, Police and the Courts Don’t Want You to Know About Drinking & Driving 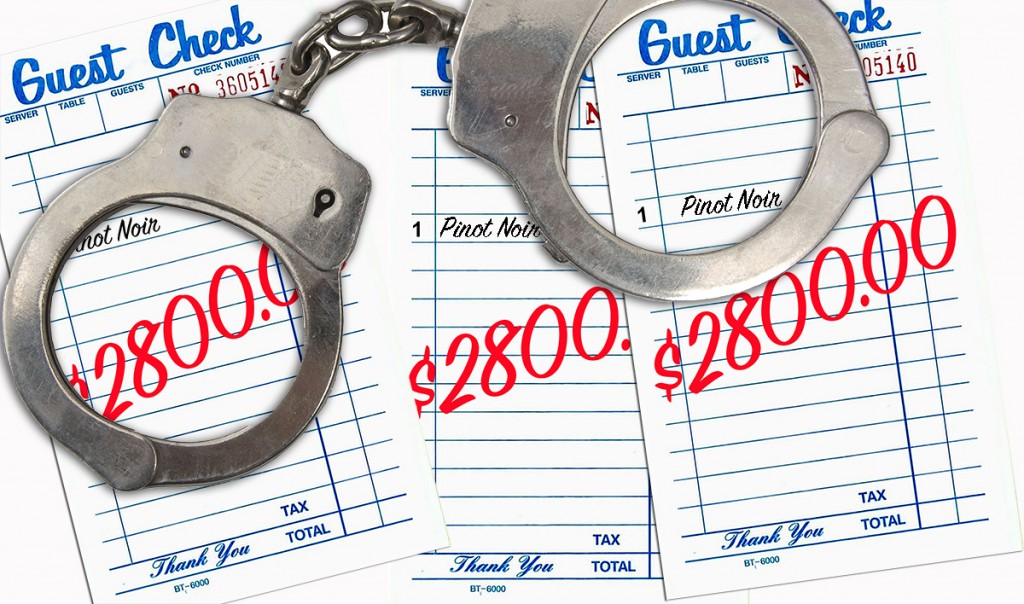 The holidays are upon us. Whether you’re celebrating in style or sipping a little spiked nog in front of the fireplace, there are a few things you should know before you choose to get behind the wheel.

It was nearly two years ago, when I had just moved back to Wisconsin from Los Angeles, that I was pulled over because it was 1:30AM on a Sunday morning, and was arrested for drunk driving.

Even if you’re driving perfectly, (or think that you are) the police can pull you over and administer sobriety tests on the side of the road, or throw you in their vehicle, take you to the hospital and have your blood drawn, and if they feel like it, they can demand that you pee in a cup. This is what “implied consent” means when you sign the paper to get a driver’s license in all 50 states.

There are many ways to “drive erratically,” that do not result in traffic violations—perfectly legal things such as “deviating in your own lane” and “tires touching the gravel shoulder.” Add to that the hundreds of offenses on the books, such as “failure to dim brights” and “chipped windshield” and there are literally a million reasons for the police to justify a traffic stop.

Implied consent also means that you do not have the right to ask for, nor speak with an attorney before taking a Breathalyzer, blood or urine test. So all those crackpot lawyer ads on TV that tell you “don’t talk to the cops until you’ve spoken with me” are bull kaka. If you refuse the tests, it is instant arrest and revocation of your license. Even if it turns out that you were not legally drunk, you have lost your license for one full year by refusing to take a test.

I was out with a friend the other night not drinking and he said I was being paranoid. Really? See what you think:

1. The police do not need probable cause to pull you over to find out whether you’ve been drinking. Yes, on the books cause is legally required—some reason other than it’s bar time or after a Packer game, but in reality? The policeman who taught the drunk driving class I had to take in order to restore my driving privileges told us the police will find “cause” whether it’s there, or not.

You will not get off on an “illegal stop” defense.

Example: I could prove that the police had no lawful reason to pull me over. I had graphs, satellite images, a video recreation, match box cars, a laser pointer, street maps and a lawyer in a $5000 suit. But it was 1:30 in the morning on a weekend.

The Sheriff’s Deputy who initiated the traffic stop, sat on the witness stand in court and swore under oath that every word of his report was accurate.

Then, just like on TV, my lawyer breaks out the visual aids, and says, “How is it possible that you could see my client’s passenger tires touch gravel a quarter of a mile ahead of you, on a road with no gravel shoulder, on a moonless night, on a county highway with no street lights, as her vehicle was turning away from you?” Ah ha!

On TV, that’s the moment when the audience knows the defendant will be acquitted. In real life, not so much. The Deputy turned a shade of vermillion, then said quietly, “The report is wrong.” I’m thinking they’re going to handcuff the guy at this point and charge him with perjury, but I was wrong.

The judge ruled that it was a matter of credibility, and frankly, who’s more credible than a cop? “People make mistakes on reports all the time,” he found.

Q. How many of them did NOT result in a conviction?

Conviction rates around the country are closing in on the 99% range.

3. MADD (Mothers Against Drunk Driving) is as powerful a lobby as the NRA and Teacher’s Union combined. If a judge, prosecutor or District Attorney does not succeed in securing a conviction for a drunk driving case, MADD will throw their full weight behind making sure that elected official is not re-elected.

4. Your license will be suspended for at least six months on your first arrest even if you are not convicted.

It is the one time you will be punished and serve a sentence before being convicted of any crime.

5. Here are a few expenses you can look forward to if you are arrested and convicted of OWI/DUI/DWI.

–Towing (they have your vehicle towed to a lot)

–Storage fees if it’s a Saturday or Sunday (even though the lots are closed on the weekends, you will be charged for storage. Or, they will open up so you can claim your vehicle, but that charge is the same as storage)

–Suspension of your license by the DMV

–Obtaining an occupational license from the DMV

–An increase in your regular auto insurance, as well as homeowner’s and medical

–Mandatory classes, minimum 21 hours (even if the assessment shows you are not at risk and do not have a substance abuse problem, you must take the classes)

–Ignition Interlock Device if you blow over .15 An IID must be installed in any vehicle that you drive. Installation averages about $150 to install and about $80 per month, per vehicle, for a minimum of one year.

6. According to the officer who taught my class, more than 40% of drunk driving stops are the result of civilians phoning in a license plate. Yup, it’s the same people from grade school who used to tell on you for chewing gum, who are sitting in their cars outside the restaurant or bar with a Holly Hobby notebook in one hand and a cell phone in the other.

7. You will receive a check for $100 if the person whose license plate you phoned in is convicted of drunk driving. They have incentivized tattling.

9. MADD has closed, snapped shut and eradicated all loopholes. There is no more “wet reckless” or pleading down in drunk driving cases, regardless of what any attorney tells you. The police will not lock your keys in your trunk and tell you to walk the last block home. They will not let you call your dad to pick you up, and they will not “give you a lift.” They will arrest you, your car will be towed and you will be convicted.

10. Once you’ve been convicted of your first drunk driving offense, you can be arrested and convicted of a second OWI with as little as .02 alcohol in your system. That’s one beer on a full stomach. The police have a scanner device, like a radar gun, that gets info from your license plates. If you’ve had one drunk driving arrest and/or conviction, you are more likely to be pulled over for “driving erratically,” a chipped windshield, failure to report hitting a deer (which is considered destruction of property), and on and on. You’re doomed.

11. A second OWI offense comes with mandatory jail time, where you’ll be incarcerated with rapists, gang members and basically every kind of violent felon there is. Forget driving for at least a year after you get out of jail.

If you’ve just left a restaurant and have had two beers with your meal, you get pulled over and the cop smells Old Milwaukee on your breath, it is up to the cop’s discretion (even if you blow under the limit) as to whether he will arrest you. If he hasn’t met the drunk driving “quota” for the month, you are toast.

Technically, and legally, the police do not have a quota system, but “off the record,” “according to sources,” and “of course we do,” they do. If a cop fails to haul in as many impaired drivers as Officer Krupke, he’ll be pulling desk duty faster than you can say the alphabet backwards.

The NTSB (National Transportation Safety Board) is about to lower the legal limit from .08 to .05, which will likely double drunk driving revenues in every state.

There is tremendous financial incentive for the police to pull over, arrest and aid in the conviction of as many people as possible.

14. It doesn’t matter whether you are actually impaired or not. If you have any alcohol in your system and you decide to drive, the deck is stacked against you the minute you shift into drive. Wait! I take that back.

I learned that even if you are asleep in the backseat with the keys in your pocket you could be arrested because you “are in control of your vehicle.” For real. I couldn’t make this stuff up. The cop who taught my drunk driving class told us, “If you plan to sleep it off in your car, place the keys outside the vehicle.”

It takes about two hours for each drink to work its way out of your system, so you may want to call a cab and spend the next 6 to 12 hours in the comfort of your home.

Since Uber and taxis are not available everywhere, I suggest either not drinking at all if you’re driving, or paying someone $20 an hour to be the designated driver, which you could split amongst your friends. I did the math on my drinking and driving.