Why Can’t We Just Get Along? 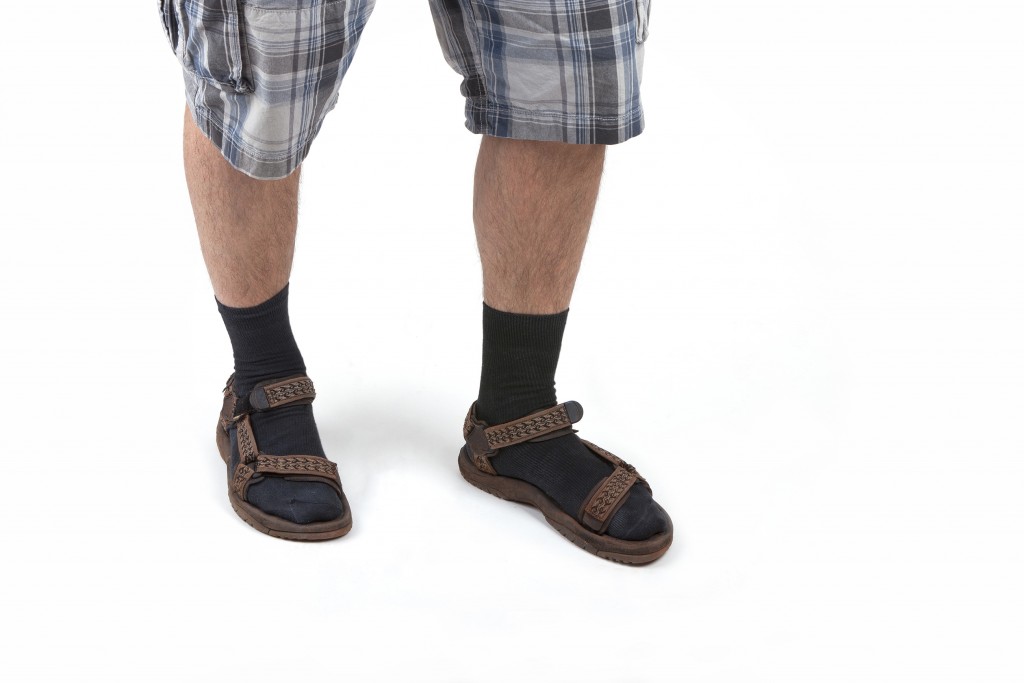 The Flip or Flop television personalities have folded up their quartz countertop marriage. Kyrie Irving believes the world is flat even though he makes a living with an earth-shaped sphere. Kim Jong-omfg is over there making a clatter with his missiles and the good people of Flint are being poisoned by their own drinking water.

And now they’re passing pants laws. Seriously. Pants. Laws. The people who believe it should be illegal for a male person to wear sagging pants below their buttock area outnumber people with common sense in communities, townships cities and states all across America. In Florida, New Jersey, South Carolina and the entirety of Louisiana, “It is illegal to appear in a public place with pants that are ‘below the waist’ or which expose the ‘skin’ below the waist, or ‘undergarments.’”

Ironically, this is the same crowd who want to ban the burka, creating a mysterious apparel zone in which we are just the right amount covered up and exposed. I believe strippers, women under the age of 22 who are at the beach sporting dental floss between their butt cheeks and NFL cheerleaders are exempt from wardrobe adjudication. (And wives, if she is the current FLOTUS or Carmen Elektra.)

If you think you have special dispensation in $300 Citizens for Humanity jeans you’d be wrong, and in Ocala, Florida it will cost you an extra $500 to walk around holding your pantaloons up by the crotch. (I don’t think anyone finds this a good look, but combined with the pimp walk it exhibits a certain street je ne sais quoi.)

Wear your 7s slung low and you may also find yourself in jail. That’s right. Jail. No one threw Pamela Anderson in the clink when she flashed a bedazzled thong for 20+ years, or Britney, who flaunts the wearing of undergarments altogether, or Gaga, who took to the streets adorned in nothing but filet mignon. But step out looking like Lil Wayne and in Simmonsville, South Carolina you will find yourself eating bologna sandwiches in a cell with a guy named Deathtrap.

Contrary to urban myth, saggin’ did not originate in prison, erroneously believed to signify the sexual availability of an inmate. Turns out inmates are not chosen for a romp based on a quaint “signal system” anymore than they are asked how they like their steaks cooked. (If there’s a pun in there, let’s say it was intended.)

People are so het up about pants that they’re posting “surveys” on Facebook. 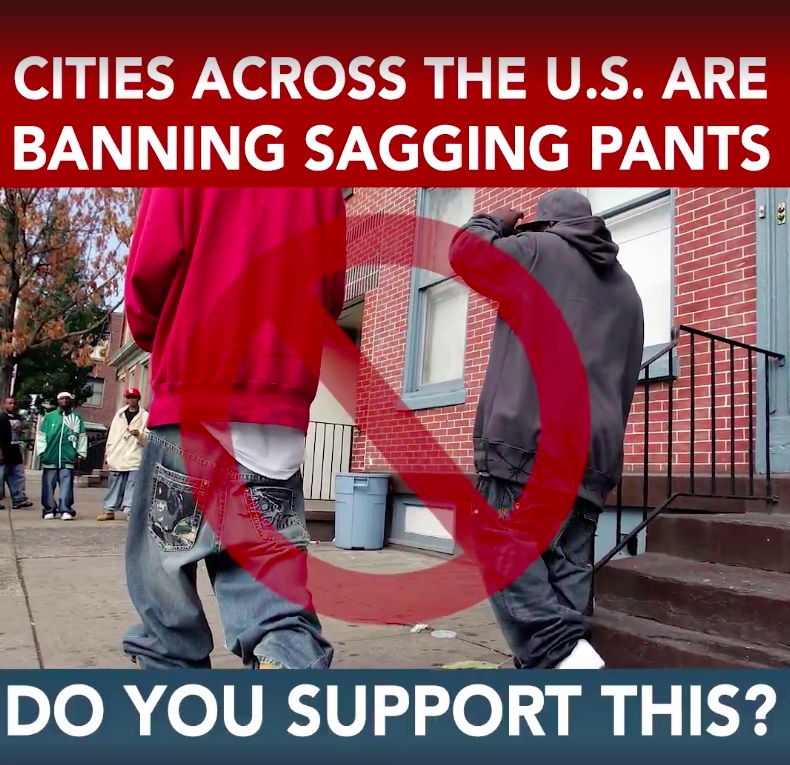 No way the Mrs. Kravitzes of Bewitched and Bewilderedville post this photo expecting anyone to respond, “Of course not, you stupid cow.” (Which is exactly 100% what I answer, ‘cept I pepper the sentence with a string of cuss words I’ve arranged especially for the occasion.)

Young people have always expressed a divergent view of society’s rules and regs, reveling in dissatisfaction (I Can’t Get No), dystopia, disdain and pretty much every other dis since the first caveteen turned his pelt around, fur side in. To the elder cavepeople it appeared as though Grunty Jr. had rejected the cultural codes of his small tribe. In reality, it just felt nice to have the soft fur against his prehistoric pee-pee, which was subject to terrible chafing when the woolly mammoth hide was worn “correctly”—rough side in. (After fire, the reverse loincloth became the most popular caveman invention until the TV remote.)

Whatever the kid’s reasoning, it freaked the cave-elders out, but they let it go because they knew so wisely that Grunty was in fact a caveteen, and that is just how kids roll. (They drew the line, however, at ass-less loincloths. It wasn’t until 1991 that Prince re-introduced the look, and rocked it, I might add.)

Historically, apoplexy over fashion statements is no laughing matter. In the early 1940s, poor young people, mostly black and Hispanic, bought thrift shop suits, which were generally big and baggy. Their moms tapered the pant legs, an easy fix, and the zoot suit was invented. The look caught fire when black jazz musicians who traversed the country adopted it, and it became synonymous with rebellion, jazz, premarital sex, dancing and a lot of other popular vices thought to be the domain of hooligans and thugs. Naturally, the style, attitude and culture the clothing represented appealed to white middle class youths, throwing authority figures everywhere into a state of moral indignation (and even some seizures) exactly as hip hop has done.

In June, 1943, known as the Zoot Suit Riots, that moral outrage over clothing exploded into violence in Los Angeles when bands of white servicemen—joined by hundreds of police officers—left their posts to search for young black and Mexican-American men wearing zoot suits. People were pulled from streetcars and beaten by crowds of “moral Americans.” Kids were bludgeoned in the streets. Young men wearing zoot suits were stripped by sailors and LAPD, their suits set ablaze in the streets. It went on for more than four days.

Just a decade later James Dean would rattle the righteous with his style; leather jacket, tight white t-shirt and an irresistibly sexy establishment-deriding sneer. Dean was gangsta for his time—the embodiment of teenage disillusionment and social estrangement—the fliest of the fly.

Hippies with long hair and ripped jeans drove “decent folk” to distraction for two decades before Madonna strapped on a cone bra and pointed it our heads. Young people have always embraced new opportunities to break with the past and forge ahead in ridiculous get-ups. I once had bright orange hair (I argued at the time it was a rich blonde, but it glowed like Mars), which caused my dad to introduce me to people as his daughter Blappo at my cousin Phil’s wedding. The stupid thing is, the more my folks told me it was hideous and grotesque (their actual words) the more convinced I was that it was cool, and I walked around looking as though I’d misplaced my big shoes and squirting lapel flower.

If we allow civic leaders and other crazy people to legislate the personal appearance of male citizens as it pertains to sagging pants, where will the selection process end? Might a fashion forward assemblywoman not propose a public flogging for men who wear socks with sandals?

We gotta learn how to get along; saggers and momjeans, Republicans and Democrats, Kim Kardashian and Taylor Swift. If we wish to exhibit tolerance and some degree of focus on stuff that is actually important, then let’s let young people wear whatever crazy shit they want—not throw them in jail or fine them because it hurts our eyes to look at them. The solution is so simple it’s stupid; look away.

Think back to your teens and 20s and tell me there isn’t a photo somewhere in your past that you’d like to burn because you look like an idiot.