Tag Archives: raccoon on the roof 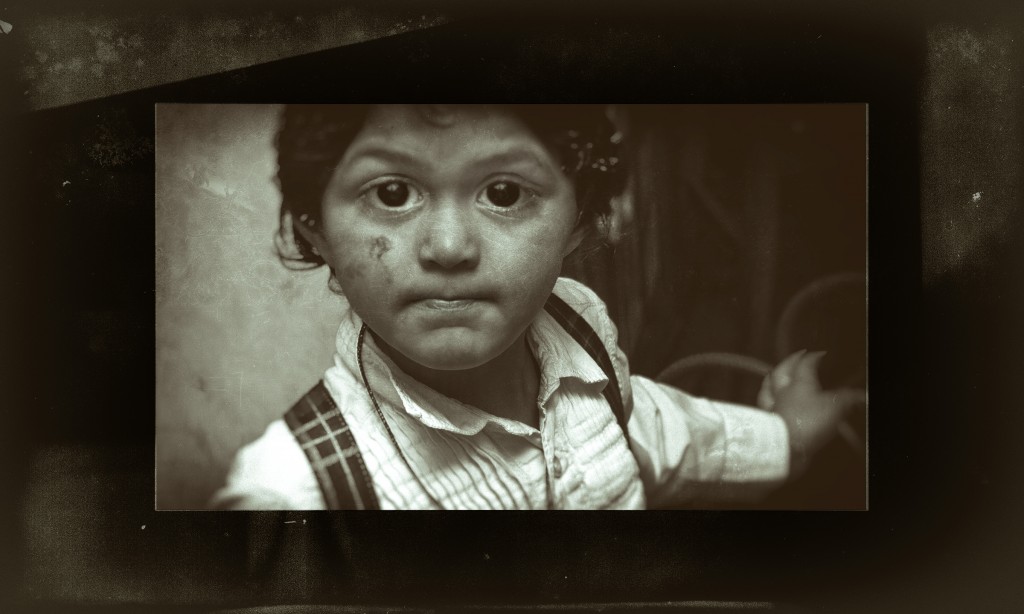 The phrase ‘water seeping under the foundation.’ Thank you, Marjy Brzeskiewicz, for terrifying me with that one.

Children with big eyes. Not babies—they all have giant eyes and pretty much look like a cross between monkeys and a weepy senorita in a velvet painting. Spooky is any kid over the age of three who has “eyes the size of saucers.” They track with you no matter where you are in the room, and I feel that at any given moment one of them will scuttle across the floor and begin gnawing on my leg. Or toss me over a balcony if one is handy. I prefer sleepy-eyed youngsters who look prone to failing math.

The sound of something heavy being dragged across a floor.

Just before I moved from Los Angeles back to Wisconsin, and all my belongings had been packed into boxes and stacked in the living room, I was awakened at 3AM by the sound of something heavy being dragged across the floor. My four dogs would bark their fool heads off at a squirrel six blocks away, but on this night—zip. The mutts were silent.

I slept with my bedroom door locked, and only a tiny dog with me, so all I could imagine was someone—some thing had murdered my three big dogs and was dragging their carcasses back to hell for its dinner. My heart was beating its way out of my chest. I took a deep breath and listened at the door, hoping I had been dreaming. Nope. Something heavy was indeed being dragged across the floor.

I clutched Zimmerman the Chihuahua in one arm, grabbed a Louisville Slugger I kept under the bed, and dialed 911 with my nose. I whispered to the operator that someone had broken in and was absconding with all my personal belongings, which had been conveniently packed for easy burgling.

She asked if I could see anyone. Really? Like, I should go out there and look? Nuh uh. I have seen waaaay too many horror movies to fall for that nonsense.

“Send the police and they can look,” I said quietly so as to not antagonize the Manson family in my living room.

“They are on their way and they are rolling silent,” she informed me. “Stay on the phone with me and I’ll tell you when they’ve arrived, and then you will go outside.”

“What? Through the house?”

“Do you have another way to get out?” she asked.

Outside my bedroom door, scrape, scrape, thud, and then more dragging. “Will they be here anytime soon?” I asked desperately.

“They have just arrived. They are waiting for you. Go outside. Now. GO!”

I was in a t-shirt and underpants, clutching a one-eared Chihuahua and a Louisville Slugger when I threw open the bedroom door and started swinging that baseball bat like Britney Spears on a head-shaving rampage.

I bolted outside and into the waiting arms of a bunch of really good-looking young cops, wishing I had shaved my legs.

“Did you see anything?” one of the policemen asked.

I didn’t want to tell him my eyes had been closed the entire time I hurtled through the house, screaming like a banshee, flailing the bat. “In the living room,” I fibbed. Something was in there moving my stuff around.

About 20 officers went into the house, guns drawn. A few minutes later, “Clear!” “Clear!” “Clear!” A couple cops came outside, holstering their weapons. “House is empty, ‘cept for some dogs asleep in the den,” one policeman reported.

One of the officers shone his flashlight on the roof of the house, and asked, “Do you have raccoons?”

He spoke into a communicator device on his shoulder. “We’ve got a little raccoon on the roof.”

I saw it. The thing was the size of a Buick. Apparently the giant freak-of-nature had been dragging branches into the eaves, just outside my bedroom, creating the auditory illusion of something being dragged across the floor.

“Hey, I wonder if his name is Bandit?” one of the cops joked. Sooooo funny. Another comedian with a badge asked if I needed someone to check under the bed before they left. Oh, my ribs.

Earlier tonight, during the storm, the electricity went out. As I sat in the dark I thought about the woman and child who had come to the door earlier in the day, asking whether the “old man” still lived at the place. Assured I’d been divorced for some time, the woman told me, “Old man Gein spent a lot of time in that basement. Said the earth was real soft down there, due to water seeping under the foundation.”

The little boy pulled off his cap and looked up at me with black eyes the size of grapefruit. “Just let us in,” he said. “This won’t take long.”

I muttered something about a bedspread I was baking and slammed the door in their faces.

Now I’m sitting in the dark, alone but for a rat terrier who is afraid of leaves, and I just heard something being dragged across the attic floor above me. I reached for the phone, then thought better of it. The fire department had been to the house earlier in the month for an electrical fire smell that was really a rubber band in the toaster, and the police had been summoned just this week to thwart a home invasion that turned out to be wild turkeys pecking themselves stupid at the glass sliders on the back of the house. No one will come if I call.

I stuffed my Beats into my ears, cranked up the tunes, opened a bottle of Pinot Noir, and am now locked in the bathroom with the battery fading slowly on my laptop.