How to Survive the Next 4 Years (regardless of party) 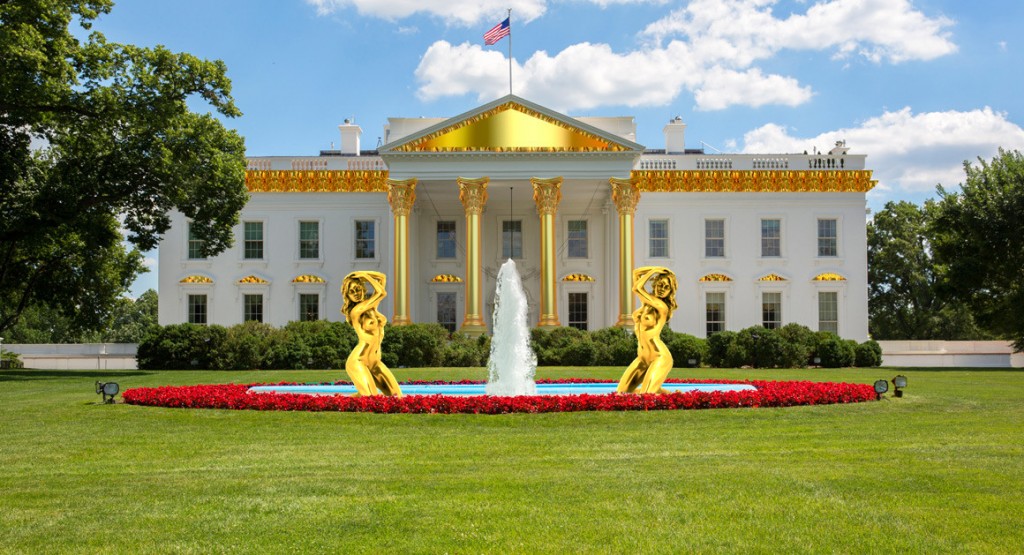 Let’s face it, no matter which side you line up on the next four years are going to be brutal. Every action, tweet, deal and decision will be met with unprecedented scrutiny and subsequent calls for impeachment, censure, tar and feathering. Other folks will show their unwavering support regardless of the charge, action, tweet, deal, decision or whether the President of the United States has indeed shot someone in Times Square. It’s going to be four years of hell for people who would rather not hear their own surging blood pressure pounding in their ears.

There are the obvious solutions, albeit perhaps inconvenient for many of us, such as joining a religious order of cloistered contemplative monastics in remote Uganda. To toil tirelessly beside the Trappists or Trappestines for four years without speaking a word wouldn’t be all bad, however, as they are world renowned for brewing some wicked beer. Suddenly four years doesn’t seem long enough.

People love to say, “If your candidate wins I’m moving to Canada.” It’s no use burying your head in Canadian sand. Don’t think Prime Minister Pretty Boy doesn’t have an opinion about our recent political hostilities that he is willing to share, as do all Canadians except for maybe the Aboriginal peoples who think similarly to our indigenous peoples—that white people lie like hell and are not to be trusted.

Nope, there is nowhere on earth you will be able to avoid ugly current events. Example:

Amid the dead, frozen bodies of their fellow mountain climbers, a guy from Japan and a Trappist monk take turns breathing from an oxygen tank.

“Did you see that that Vladimir Putin is on Dancing with the Stars this season?”

The monk removes his jacket then flogs himself with belay equipment.

It is going to take some Yankee ingenuity to survive the next four years without killing ourselves or one another. Here are a few suggestions:

1. Have chapped, cracked lips (or a nagging hangnail), a small piece of sandpaper and a lemon on your person at all times.

The instant you hear or see anything that looks like it could lead to political discourse, rub a little sandpaper across your mouth or give the hangnail a nice tug with your teeth, then squeeze lemon over the affected area. You will turn red, tears will flow. It is possible you’ll pass out. One thing is certain and that is you will not care whether the Sequoias have been cut down to make golf clubs or the White House has been gold plated.

2. Learn to scuba dive then get a tank that holds four years worth of oxygen. Assuming your skin doesn’t rot off and you are able to eat while submerged this is a fine plan for avoiding pretty much anything for the next 48 months.

If you get a good hypnotist, he or she will be able to convince you that you live in Canada with that handsome Mr. Trudeau, or you may opt for the Denmark plan, which will have you believing you live in the happiest place on earth, are blonde and 6’3” tall.

Either way, you will enjoy a great deal of salmon.

It is not necessary to DYI a bunker when you can easily commandeer one from your local survivalist by simply standing outside his shelter and shouting, “Hooters has gone topless!”

Once the militiaman hightails it for Hooters you can move into the bunker and bolt the door behind you.

*It will be necessary to prep for this contingency by acquiring a taste for food that comes in “handy serving buckets” labeled simply “breakfast” or “dinner.” There’s a place called Wise Food Storage that offers 4320 servings of emergency food in buckets for the low price of $6,999.99. (There are only 495 left so “order now or take the risk.”) Think it’s a coincidence that 4320 servings is a 4 year supply? Nope. That is called planning ahead.

As of this post the FDA has not approved the following medications, but by the end of business today all regulations on drugs and everything else will be waived in favor of corporate profits. The following drugs will be available without a prescription, but one will be needed in order to obtain a library card.

Lobamax, a topical ointment that you rub on your temples until your brain goes completely numb. (Street name: November Surprise.)

Naplongesta, in gel cap or tablet form, this medication will help you sleep tight for 48 months. Side effects may include death, constipation, oily discharge and really nasty morning breath.

*Lafablavin, a nasal spray that delivers a wallop of glee as it shoots directly to the temporal lobe. People might be going berserk around you, but you won’t care.

*Lafablavin is contraindicated in cases where the patient is also taking Despondozine, the medication for people who have it so good they feel bad. When taken in combination, these two drugs cause a spike in not giving a shit. You may want to double both doses.

Rectisol, in suppository form, is an effective bullshit blocker. Speeding delivery of misinformation blocking drugs to your central nervous system via immediate absorption into your bloodstream, both politicians and teenagers will be on the hook each time they open their mouths.

Upon hearing this all the fingers on your right hand will begin to tingle and you will think of Barbados, the shrubbery outside Johnny Depp’s house or Ray’s Liquor and Wine—wherever your “happy place” might be.

Your undies won’t be in a twist when you read this headline if you’ve applied Rectisol, or taken the med in its generic oral form, Lyalotium. The purple pill of prevarication detection will have you right as rain, fly fishing on a river of pleasantness, unconcerned with headlines, tweets and the Russian Army amassed at our northern border.

Milk of amnesia, taken orally by the cupful once every four years, come November 2020 you will not remember a thing. Also available in injection form as a vaccination under the name Stuporivir, this is the surest way to survive the next four years without engaging in fistfights, blood vessel-exploding arguments, public altercations and familicide.

Whatever your political views, if you wish to remain engaged and human for the next four years: